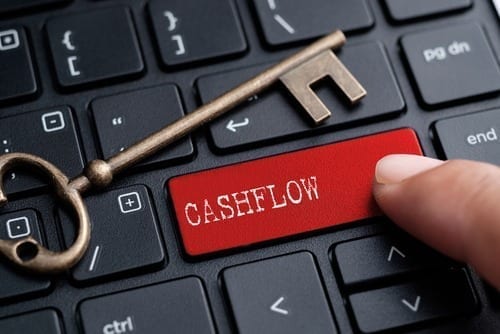 Pilot mine production can benefit mining projects in several ways, including demonstrating operational viability, verifying the ability to meet environmental requirements, improving the metallurgical success of a project and showcasing a quality product for offtake agreements.

Most importantly, the revenues from those offtake agreements provide juniors with the capital they need to bankroll exploration projects without diluting the stock — and provide shareholders with a return on their investment.

In approaching a mining opportunity, an operator has two broad options

The second approach — if the nature of the property allows — is to launch a “pilot mine.” A pilot mine is a mining operation undertaken in the absence of a feasibility study. Pilot mining eliminates the considerable expense required for the feasibility study and does not require as much exploration. For the pilot mine to be a viable option, the nature of the claim needs to allow for low-cost recovery of the ore, e.g. (i) the claim has been previously worked and there is a high degree of certainty of commercial tonnages of material available, (ii) the deposit is close to the surface, making open-pit mining an option or (iii) the material is recoverable with a low-cost technology (e.g. heap leach).

If the necessary conditions are in place, a pilot mine becomes a viable option. This approach has clear advantages: it significantly de-risks the project by becoming a self-funding production/exploration program, and in addition, it can provide excess cashflow beyond the costs of the exploration.

One of the main goals of a pilot mine is to demonstrate flowsheet viability and mitigate metallurgical risk. This is critical to acquiring further capital to move a mining project forward to commercial production — especially for more complex deposits or those processes using new technologies. The results of pilot projects in the mining space provide the “proof of concept” a company needs to show the proposed mine can be profitable.
The pilot mine stage of a mining project may also be considered phase one production — or the first step on the path to full-scale production. Unlike bench-scale testing in the lab, a pilot-scale mine allows the company to study the proposed process under the same conditions as will exist in the full-scale mill without the cost of experimenting on large tonnages of ore. A phased approach to mine development and production reduces the risk of operational failure when scaling a process to commercial size.

“Pilot mines work well if you know you have minerals in the ground and can define an area that is easy to mine with modular technology that can be easily scaled,” Jim Culver, president and CEO of VVC Exploration (TSXV:VVC), told the Investing News Network. “It’s easier to make adjustments on a 30,000-ton-per-month pilot-mining operation than on a 300,000-ton-per-month full-scale operation. You have a two- to three-year period that allows you to make adjustments if required. In our opinion, it’s a cheaper way to learn and make those adjustments than completing a capital-intensive full feasibility study.”

Metallurgical data such as yields and product purity, as well as process economics including capital and operating costs generated during piloting are typically used in the design of the full-scale commercial plant. The environmental data obtained during pilot plant production is also used to verify that the operation is able to meet the environmental requirements for permitting a commercial-scale mine.

“Even if you aren’t starting with a defined resource base, but you know there is enough economic ore to justify mining for four to seven years, you can start a pilot-mining operation instead of a full feasibility study,” said Culver. “After three to four years of mining, which shows the viability of the deposit and production methods, you’ve completed the equivalent work of a feasibility study and can begin a full-fledged mining operation.”

Not only does this stage allow for the testing of operations and product, and determining the proper size and type of equipment for the commercial plant, it’s also an excellent way to train mill personnel and demonstrate the project’s longer-term potential to the local community.

Small-scale production has economic benefits as well. The output produced during pilot testing can be used as market samples for evaluation by potential offtakers. Once offtake agreements are in place and the mine is generating cash flow, the company can fund larger exploration programs without diluting the stock — a big plus for the company’s shareholders. It’s not an uncommon practice for junior resource companies to use small-scale mining to fund larger-scale exploration programs.

Komet Resources (TSXV:KMT) is employing this strategy to advance on its Guiro-Diouga gold property in Burkina Faso, West Africa. Komet initiated production in November 2015 after restoring its VAT leaching system and relaunching the gravimetric plant at the mine. Since then, the company has been working to ramp up production through optimization of the plant, including renovations to the ball mill and the installation of a new concentrator. As of Q3 2017, Guiro was running at one-third the rate of its 6,000-ton-per-month capacity and used the cash flow from the small-scale mining operation to fund future exploration of the project. Following optimization at the mine, the company was able to expand its operations, conducting a record sale of 27.5 kilograms of gold in Q1 2018.

“When you’re in a climate where it is difficult to raise money for exploration, you need to look for alternatives; small-scale production is a good alternative to raising $10 million for exploration,” said Culver. “Starting with a small operation that can foreseeably grow over time allows you to create the cash flow for continued exploration.”

VVC Exploration is planning to launch a pilot mine in 2019 at its flagship Samalayuca copper project in Chihuahua, Mexico. “We are drilling to define one or two pits that will support a three- to five-year pilot mine operation,” said Culver. “We plan to produce copper in solution that we can process into, at least initially, a copper cement. Down the road, we can install electrowinning and produce copper plate. But for now it makes the most sense, and is the lowest cost, to produce copper cement that will go directly into the industrial process. Offtake agreements will be arranged once we get further along in the process.”

While Samalayuca was the site of productive artisanal-scale mining in the 1960s, little to no exploration using modern technological methods has occurred on the 4,055-acre property prior to VVC acquiring the property in 2013. Culver and his team anticipate that the revenue from the pilot mine will support exploration and preproduction activities at Samalayuca, as well as returns for investors. Over a three- to five-year period, the pilot mine is expected to provide the information the company needs to complete a feasibility study-equivalent mining plan for commercial-scale production.

Bringing an exploration project into full-scale production consumes both time and capital, and requires much patience on the part of both company management and shareholders. However, with the right project and a well-managed pilot mining program, a junior explorer can quickly develop a project into a capital producer.

This article was first published by the Investing News Network in January 2018.