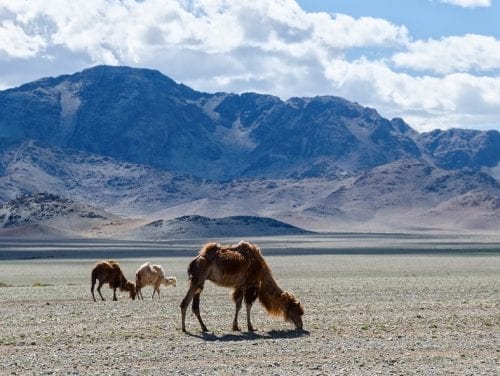 The company reported that its Mongolian operation has exceeded its copper guidance for 2018 by 2.6 percent at 159,100 tonnes.

The closely-watched Oyu Tolgoi copper mine in Mongolia has surpassed its copper and gold guidance for the last quarter of 2018 according to its owner-operator, Turquoise Hill Resources (TSX:TRQ).

CEO of Turquoise HIll Ulf Quellmann said that the company had delivered strong operational performance, with “quarterly copper production …consistent across the year.”

Compared to 2017, copper was up 1.1 percent on 2017 while gold was up a whopping 150 percent, with the company crediting “significant increases in both grades and recovery” for the precious metal.

Compared to 2017 quarters, copper production declined compared to Q4 2017 due to lower throughput “which was partially offset by higher grades and recovery.”

Turquoise Hill also released its operational guidance numbers for the current year, setting a target of 125,000-155,000 tonnes of copper and 180,000-220,000 ounces of gold as development at the operation continues through the year.

“Underground lateral development is expected to advance 15 to 16 kilometres during 2019.”

Turquoise Hill also reported it was working on a study to establish costs associated with the signing of an agreement with the Mongolian Government last month.

The agreement gives Turquoise Hill the framework to establish a long-term power source for the mine — a process that had been drawn out and fraught with drama between the company and Ulaanbaatar, which is a 34-percent stakeholder in the mine.

On the Toronto Stock Exchange, Turquoise Hill was trading down 0.95 percent by market close, to sit at C$2.09.

One response to “Oyu Tolgoi Delivers the Goods: Exceeds Copper Guidance for 2018”