There is a fundamental shift underlying the copper market’s demand dynamics. The United States is losing ground in terms of copper demand, whereas the demand from the emerging markets is skyrocketing. 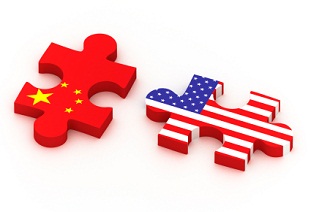 There is a fundamental shift underlying the copper market’s demand dynamics. The United States is losing ground in terms of copper demand, whereas the demand from the emerging markets is skyrocketing.

Historically, the U.S. consumer has been the driver of global demand. While this is still the case, by 2017 the Chinese consumer is expected to overtake the U.S. consumer and become the main driver of global growth. This fundamental shift, however, required the involvement of more countries other than just China and it is currently being observed in the emerging markets across the globe. Emerging markets are nations with social or business activity in the process of rapid growth and industrialization. These nations vary according to which analysts you ask, however, they generally include the BRIC countries and countries in Eastern Europe, the Middle East, and South America.

It was not too long ago that many believed that without a growing U.S. economy, the entire global economy would stagnate. Copper’s recovery from the 2008 recession elicited how strong of an influence these emerging markets have on the commodities sector. Many analysts called copper’s rebound a “China only story,” because while the U.S. was grappling with policy adjustments to boost the ailing domestic economy, China embarked on an aggressive stockpiling program. China’s purchases of copper, coupled with the moth- balled mining operations, sent the copper market into a supply deficit and copper prices to record highs.

About 56 percent of copper is currently consumed in emerging markets, according to Walter de Wet, head of commodity research for Standard Bank-Corporate and Investment Banking. Strong demand in emerging markets and especially China is driving pricing. This is not a new trend. In fact, growing emerging market demand was a story maker long before the recession. According to HSBC analysts, between the years 2000-04, the compound annual growth in copper consumption from North America fell by 3 percent, in Western Europe by 1.8 percent, and 2 percent in Japan. In contrast, demand from Asian countries other than Japan has increased by 8.6 percent each year. Demand from China grew a staggering 15 percent.

Arguably, analysts are most consistent in their bullish view for copper than for any other base metal. Few analysts seem to disagree with the basic picture of strong demand – largely emerging market-driven and constrained supply will continue to push up prices.

According to John Robinson, chairman of Global Mining Investments, copper prices will continue to rise, beyond the recent highs. Mining companies have largely cited demand from China and other emerging economies for strong profit growth. “So far the demand side has been pretty much driven by China, but now we are starting to see some pick-up in economic activity in the more developed economies,” Robinson said. “What we expect over the next five years is to see growth (in commodities) from those areas, as well as ongoing growth in the developing markets.”

Why do emerging markets need so much copper?

As the emerging markets grow, they have to develop their infrastructure. The growth of the emerging markets involves a change of economy stage, most commonly a migration of people from a rural (commonly farming) to an urban existence. Rural economies use little copper, urban economies use copper in houses, plumbing, wiring, roads, cars and appliances. The transition from rural- urban requires a great deal of copper.

As the price of a commodity rises, and some point, market participants start to consider substitution. Economists study the elasticity of demand to determine at what price point consumers shift their purchases from one good to another. If a good has “inelastic demand” or “low price elasticity of demand” then consumers are relatively irresponsive to changes in price. If a good has a high elasticity of demand then as the price goes up, consumers readily substitute another good. Copper is an example of a good that has a low price elasticity of demand, due to the fact that there is a lack of close substitutes in the market. For some products and processes, aluminum or plastic may act as a substitute to copper; however, there are costs and delays involved in switching between to the substitute goods. The elasticity of supply is also low. Supply is usually unresponsive to price movements in the short term because of the high fixed costs and lengthy start-up times involved in of developing new mines and smelters. If existing copper mining businesses are working close to their current capacity then a rise in world demand will simple lead to a reduction in available stocks. And as stocks fall, buyers in the market will bid up the price either to finance immediate delivery (the spot price) or to guarantee delivery of copper in the future. It can take huge price swings in the market for supply and demand to respond sufficient to bring the market back to some sort of equilibrium.

From a supply and demand perspective, the price of copper can be closely tied to the development activities of emerging market economies. Manufacturing increases or slowdowns in these economic regions can be leading indicators of the direction of copper prices or vice versa. While the emerging markets are subject to a great deal of volatility, many analysts like the long-term. Bill Rocco, senior analyst at Morningstar, says investors should be looking out between 10 to 30 years in emerging markets, not short term, and should expect significant ups and downs along the way.