Last week,the Mining Association of British Columbia awarded two outstanding individuals the prestigious “BC Mining Person of the Year” award. Both winners were acknowledged for their contributions to the province’s copper mining industry. 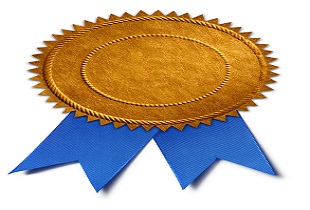 Last week, The Mining Association of British Columbia (MABC) announced this year’s recipients of the Mining Person of the Year award. Each year, the MABC awards an individual for their outstanding contributions to the province’s mining industry.

The award is announced at the annual BC Mining Week Conference opening reception.  Candidates must be nominated and the winner is the individual who over the past year is deemed to have contributed the most to the province’s mining industry. British Columbia is fortunate in being enriched with valuable mineral reserves, but without the hard work and dedication of individuals in seeing through a mine’s development the province would never economically benefit from its vast mineral wealth.

This year, the MABC awarded two individuals as British Columbia’s mining person of the year, Jim O’Rourke and Robert Pease. Both winners are recognized for leading the development of two major new mines in British Columbia.

Jim O’Rourke, the current CEO of Copper Mountain Mining (TSX:CUM) has been involved in the industry since graduating from UBC in 1964. While he has been a key player on many projects, in an interview with Resource Investing News, O’Rourke said his involvement in Huckleberry Mine was the most interesting endeavor to date, partially due to the mine’s excellent design. Huckleberry is an operating copper and molybdenum open pit mine in Northern B.C.  Throughout his career, O’Rourke has been involved in coordinating all stages of mine development from exploration to production. O’Rourke’s most recent achievement, and a major reason he was nominated for the award, was his involvement in the Copper Mountain Mine development.  O’Rourke played many vital roles in the development of this mine; however, a crucial undertaking was the arrangement of a strategic alliance with Mitsubishi Material Corporation, which was granted 25 percent ownership in the mine. By coordinating this alliance with Mitsubishi, Copper Mountain Mining was able to obtain the financing for the $438 million project. The 35,000 tpd copper-gold porphyry is on track to start production in June 2011. Through an Impact Benefit Agreement with the Upper Similkameen Indian Band, the Copper Mountain project will also bring important benefits to local First Nations.

Robert Pease, president and CEO of Terrane Metals is the co-winner of the mining person of the year award. Pease, who holds a B.Sc. in Earth Science from the University of Waterloo and a BS/MS in geology from the University of Nevada, is also acknowledged for his contributions to the development of a new mine in British Columbia. Pease was instrumental in obtaining all necessary approvals for the development of The Mt. Milligan mine copper-gold mine in central British Columbia. While Pease was undertaking the permitting process he was also leading the friendly takeover of Terrane Metals by Thompson Creek Mining (NYSE:TC). The Mt. Milligan Mine will be an important employer and economic driver for central British Columbia for potentially multiple generations. The 60,000 TPD, 400-employee project is on schedule to commence production by 2013. The Mt. Milligan mine is only the second in the province to include a revenue sharing agreement between the province of British Columbia and local First Nations.