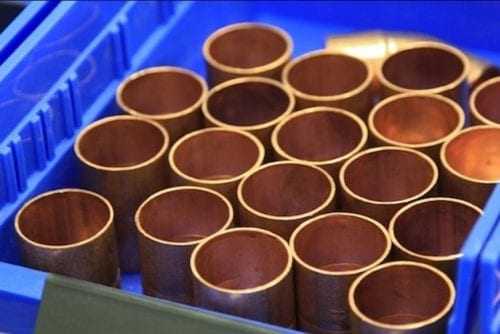 Announced on Monday (June 3), the company’s fresh addition to its licensing lineup, called Zager, covers 285 square kilometers in Northern Ethiopia’s Tigray National Regional State. The license also hosts 27 kilometers of an ophiolite belt within the prospective Arabian-Nubian Shield, with Zager having been chosen by the company after extensive regional targeting.

“The grant of Zager increases our strategic exploration holdings across the highly prospective Arabian Nubian Shield of northern Ethiopia to over 877 (square kilometers),” Altus Chief Executive Steven Poulton said in a statement.

“The company selected the licence based on our in-house remote sensing study, which included an extensive review of historical geological data. These highlighted Zager’s geological prospectivity and identified numerous artisanal alluvial gold workings.”

Poulton went on to add that Zager’s geological terrane is “almost identical” to that of Altus’ Daro copper project, where the company has found several copper and gold targets that he described as encouraging. According to Altus, the company has already identified priority exploration targets and artisanal gold workings at Zager.

With the exploration license now in place, the company intends to shortly begin first phase reconnaissance exploration and sampling programs.

The geological region Zager belongs to is also home to other notable assets, such as Zijin Mining’s (OTC Pink:ZIJMF,HKEX:2899) Bisha polymetallic mine, the Asmara copper-zinc-gold project owned by Sichuan Road & Bridge Mining Investment Development, and East Africa Metals’ (TSXV:EAM) Harvest VMS project, the last of which is only located 10 kilometers away from Zager.

As of May 31, copper was trading at US$5,780 per tonne on the London Metal Exchange.

Best Gold Stocks of 2020 on the TSX
From Mega to Mid-tier: Tracking the Path of Gold M&A Activity
Q1 Gold Results Are In — Key Takeaways from Top Miners
Congo’s Copper, Cobalt Mining Province in Coronavirus Lockdown