Europe’s woes battered copper prices in the second quarter, but analysts are broadly upbeat about the red metal’s outlook for the latter half of 2012 as demand for high-quality copper is expected to outstrip supply. 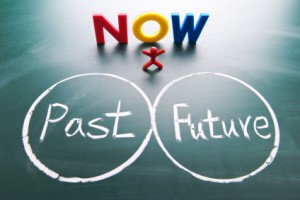 Copper took a beating in the second quarter, falling over 9 percent from the previous quarter as global worries about Europe’s sovereign debt crisis continued to rise. The red metal did, however, bounce back from its 2012 low at the end of June when European leaders agreed to give Eurozone nations easier access to emergency funds. These factors, together with hopes for greater economic stimulus from China and steady gains in US growth, are keeping analysts broadly upbeat about copper’s outlook.

Copper reached its year-to-date low of $3.26 a pound in early June as worries about the spillover effects of a financial meltdown not only in Greece, but also in Spain and Italy, escalated. In addition, the first rate cut by China’s central bank since 2008 sparked worries that the Chinese economy is more vulnerable than expected. Yet copper enjoyed its biggest one-day rally in seven months on the last trading day of the quarter, gaining over 4 percent on news of the latest European deal, which will help banks recapitalize by giving them direct access to bailout funds from the European Stability Mechanism.

While the People’s Bank of China’s decision to cut its benchmark one-year deposit rate by 0.25 percentage points to 3.25 percent in early June was expected, the first rate cut since 2008 nonetheless initially struck fear in the hearts of many analysts who worried that the state of the Chinese economy was worse than expected. Given that the country accounts for over 40 percent of global copper consumption, China’s appetite for the red metal is a key price driver. Expectations have since improved in anticipation of Beijing taking measures to continue propping up any slack in continued growth.

In the United States, the Federal Reserve’s decision to extend Operation Twist, its bond-buying program, was welcomed by commodities investors as the program lowers longer-term borrowing costs. Also on a positive note, a number of indicators suggest that the US economy is in better shape now than previously expected. This is particularly true for the housing sector; in May, single-family home sales rose 7.6 percent to reach a two-year high of 369,000 units. However, hopes that the Fed would introduce a new round of quantitative easing to jump start growth were quashed in the second quarter, and investors remain cautious about the US housing market and employment situation, especially as jobless claims still remain close to their 2012 high.

As commodities prices across the board slumped in the second quarter, BHP Billiton (ASX:BHP,NYSE:BHP,LSE:BLT) and Rio Tinto (ASX:RIO,NYSE:RIO,LSE:RIO) said they would hold off approving mega-projects for the next few months as shareholders’ disgruntlement over the mining giants’ financial performance grew. JP Morgan expects BHP to delay the expansion of its $20 billion Olympic Dam copper and gold project for another three or four years. Analyst Lyndon Fagan stated in early June that “of all the major projects in the growth pipeline for BHP and Rio Tinto, the Olympic Dam expansion has the least attractive risk- return trade-off.” Rio Tinto’s CEO Tom Albanese said that he recognizes investors’ need for better returns, but also stressed that the company needs to put money into its projects. Together, Rio Tinto and BHP Billiton are expected to account for about one-third of overall capital investment in the mining sector worldwide this year.

Yet even as Rio Tinto struggles to meet shareholders’ demands, it is expected to remain committed to developing its Oyu Tolgoi copper mine in Mongolia, which will produce about 8 percent of the world’s total copper output once it begins production next year. Rio Tinto and other mining companies heavily invested in Mongolia have been closely monitoring the country’s elections at the end of June, in which no group won a majority. Nonetheless, the opposition Democratic Party has expressed confidence about being able to form a ruling party, and investors will be focused on how the new government will use profits from its mineral wealth, which is estimated at $1.3 trillion.

Qatar Holding‘s call for better returns means that Glencore International (LSE:GLEN) continues to struggle in its $30 billion bid for Xstrata (LSE:XTA). The government of Qatar owns 11 percent of total shares in Xstrata through its investment fund, and has demanded 3.25 new Glencore shares for every Xstrata share. The current offer is for 2.8 shares.

Looking ahead, many investors expect an upturn in the global economy, which in turn will drive up copper demand. So while Goldman Sachs lowered its third quarter price target to $8,000 per metric ton from $9,000 a ton, it expects the market to be balanced this year as supply tightens.

“Given continuing disappointments in the supply growth of oil and some of the key base metals, this moderate pace of world economic growth is sufficient to tighten markets during the second half of this year, creating the need for higher prices to balance supply and demand,” Goldman stated.

TD Securities‘ head of commodity strategy, Bart Melek, is also upbeat about base metals and commodities in general. He expects “better commodity prices in the final three months of 2012 and into 2013,” and believes that “the key catalysts are – a rising probability of outright US balance sheet expansion (Treasury, MBS, agency paper purchases), Chinese monetary/fiscal stimulus and the authorization of some sort of direct sovereign debt purchasing.” He added that “consumption of materials associated with industrial fabrication should all improve as a result, lifting prices. Those commodities with weak supply fundamentals such as copper and palladium should benefit most.”

Similar sentiment was echoed by Rio Tinto CEO Albanese, who told investors in Sydney in early May that “the next five years [are] going to be a supply story; the last five years [have] been a demand story. I am not sure the economic forecasters have cottoned on to that observation yet.”

Certainly, the government of Australia is upbeat about the outlook. The Bureau of Resources and Energy Economics expects overall natural resource exports to reach a record $209 billion for 2012 to 2013, with particularly strong copper exports rising 10 percent from current levels.

“Despite the uncertainty surrounding the outlook for some European economies, Australia’s export volumes for most commodities have remained strong throughout 2011–12, while prices for many commodities have remained at elevated levels relative to historical norms,” said Professor Quentin Grafton, the bureau’s executive director and chief economist.