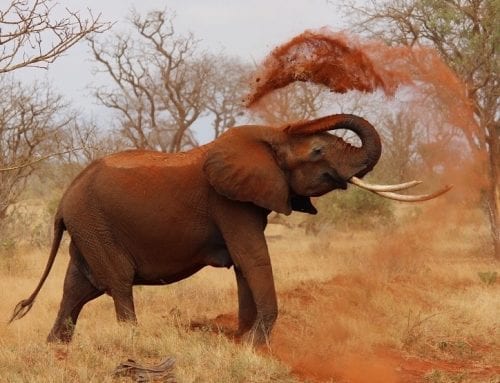 In news this week, Ivanhoe Mines released its Q3 report, New Caledonia, one of the world’s premier nickel suppliers, chose to remain French and BHP had a runaway train on its hands.

The base metals space was thick with news this week, with runaway trains, independence referendums and boatloads of Chinese money moving stocks around.

On the global stage, the long-awaited US midterm elections have come and gone, with the Republican Party losing the House of Representatives but gaining the Senate in Washington. There’s plenty of analysis out there depending on which way you swing politically, but markets appear to have rallied.

Looking at base metals commodity prices, copper has so far fallen 1.66 percent on the London Metal Exchange over the week.

And finally the sector’s least-loved metal, zinc, continues to be neglected, enjoying the same one-day jump in value nickel saw, but still losing value by Thursday to sit at US$2,521 a tonne.

In news this week, Ivanhoe Mines did some bragging about its finances in its Q3 report, New Caledonia, one of the world’s premier nickel suppliers, chose to remain French and BHP had a runaway train on its hands.

Some light reading of Ivanhoe Mines’ (TSX:IVN) quarterly report shows the company has been busy, with the September quarter cluttered with business deals and mine development progress, and capped off with the Makoko copper discovery in the Democratic Republic of the Congo (DRC).

The Canadian company is flush with cash to spend on exploration and development across its African portfolio, with China’s CITIC (HKEX:0267) acquiring a 19.5-percent stake in September and Zijin Mining (HKEX:2899) retaining its 9.7-percent stake at the same time through anti-dilution rights.

Ivanhoe’s total assets increased to almost C$2 billion, from C$1.27 billion in the 2017 September quarter to C$1.85 billion in 2018 — with the company’s Chinese partners credited with the jump.

2. Nickel and No to Independence: New Caledonia Sticks to France

The French Territory of New Caledonia has voted to remain with the Fifth Republic, returning a 56 percent ‘no’ vote on becoming an independent state.

A number of mining companies operate in New Caledonia, with Vale (NYSE:VALE) being the most prominent of the global miners.

While earlier this year in Q1 the company revealed VNC had posted its “best ever result for the second consecutive quarter,“ the turnaround came too late with Vale pondering placing it on care and maintenance since 2017 due to low nickel prices.

In its 2018 Q3 report, it was much of the same rhetoric, with the company stating its support for its local operation but adding that “All the viable options for a stable and profitable operation that may lead to a sustainable business in the long haul are being assessed.”

A decision on VNC was promised “possibly” by the end of this year. The closure of VNC would lead to the loss of thousands of jobs, and is opposed by local politicians.

Australian iron miner BHP Billiton (ASX:BHP,NYSE:BHP,LSE:BLT) has an almighty mess on its hands, after it was forced to intentionally derail a 268-wagon train in the sparsely populated Pilbara of Western Australia on Monday.

The train had been travelling between Newman and Port Hedland, and made it to within 119 km of its major shipping terminal at speeds of up to 110 km per hour before it was derailed remotely from Perth.

The derailment, which damaged 1.5 km of track and left a mangled pile of wagons and spilled ore, means that BHP’s Pilbara railway connecting its iron ore mines with its shipping terminal is severed.

With work continuing on reconnecting the mines with the port, BHP CEO Andrew Mackenzie said in Adelaide that the company would be focusing on improving rail safety.

This week, Anglo American (LSE:AAL) recommitted itself to sustainable development goals by setting itself milestones for coming decades.

Speaking of environmental goals, Antofagasta’s (LSE:ANTO) Ivan Arriagada was bragging about his company’s use of renewable energy sources in Melbourne this week. 21 percent of Antofagasta’s energy is supplied by renewables, with the Los Pelambres site as high as 50 percent.

Canadian company Baffinland Iron announced big news on Thursday, shipping 5.1 million tonnes of iron ore between July 24 and October 17 in what it called the largest shipping program by volume ever executed in the Canadian High Arctic.

In Australia, automation is the name of the game with Fortescue Metals (ASX:FMG) announcing it was awarding CIMIC-owned Theiss a contract to upgrade 65 conventional haul trucks to carry autonomous haulage technology.

Coming full circle and returning to the US elections, in Alaska, Pebble project owner Northern Dynasty (TSX:NDM) enjoyed itself a nice little spike in value following the election of Mike Dunleavy as governor. The company noted that Dunleavy supported investment, and his defeated opponent opposed the Pebble project.