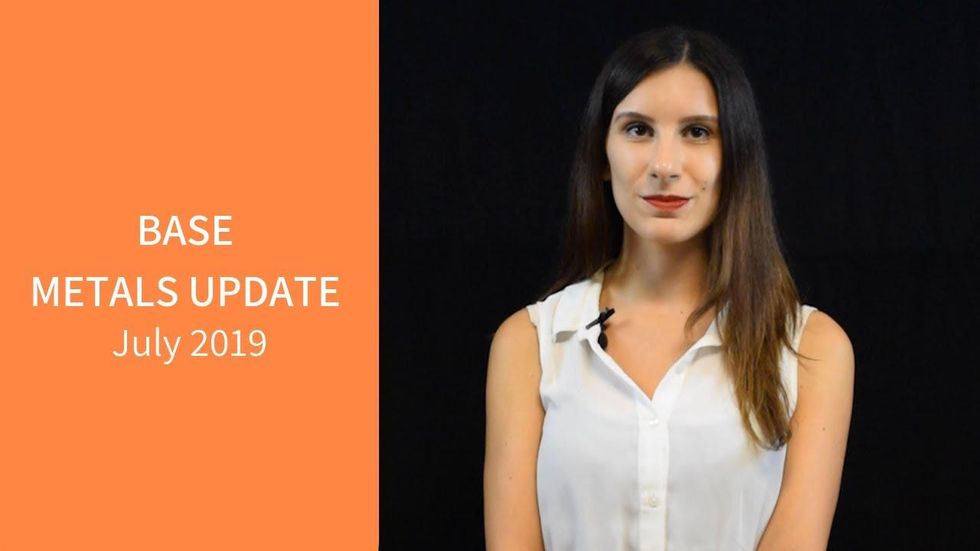 This week proved to be a mixed bag for base metals. Some made leaps and bounds while others fell from grace, with nickel being a prime example.

Nickel prices continued to climb after hitting a one year high last week, peaking at US$14,465 per tonne on Wednesday (July 24) on the London Metal Exchange (LME). However, as investors’ nerves cooled off, the base metal’s price crashed to US$13,980 by Thursday (July 25).

Making a week-long rebound was copper; having started the week at US$6,007 per tonne, the red metal fell to US$5,968 by Tuesday (July 23). However, the commodity bounced back over the following days, reaching US$6,009.50 by Thursday.

Meanwhile, trending up, up and away this week was lead. The metal started the week at US$1,999 per tonne and steadily grew to US$2,123 by Thursday.

1. Nickel Cools Off as Investors Settle Their Nerves

After rallying to one year highs earlier this month on the back of supply concerns, nickel prices have begun to cool off from their summer surge.

Upon breaking that yearly record, the base metal continued upward to reach a closing price of US$14,675 on July 18. The price jumps came as investors feared a supply deficit could be on the horizon, in turn lining up potential future problems for the growing electric vehicle industry.

With the release of its Q2 and H1 2019 results, Freeport-McMoRan (NYSE:FCX) came out better than anticipated, with a net loss of US$72 million over the quarter.

Though the loss is still significant, Freeport had previously prepared itself for a worse outcome. In a company update released earlier this month, Freeport noted that copper pricing on the LME had been lower than anticipated over Q2, pushing sales forecasts off balance.

The major miner had expected to see a net loss of approximately US$85 million, making Wednesday’s shortfall a little softer.

In an unsurprising move, major miner Vale (NYSE:VALE) announced a drop in its iron ore production during Q2 compared with both Q1 and the same period last year.

According to Vale’s most recent quarterly production and sales report, iron ore fines production in Q2 totaled 64.1 million tonnes (Mt). This represents a 12.1 percent drop from Q1 and a 33.8 percent decrease from Q2 2018.

Also in the news

In a quarterly report, Lundin Mining (TSX:LUN,OTC Pink:LUNMF) announced that its Neves-Corvo zinc expansion project will need more cash and extra time. Pre-production costs have jumped to 360 million euros, representing an increase of 55 million euros from the previous estimate, while 2019 capital spending has been reduced to 120 million euros as project work has been deferred to 2020.

In the land down under, Azure Minerals (ASX:AZS) notified investors that open-pit mining has officially begun at its Oposura zinc-lead-silver project in Sonora, Mexico. Expected monthly production is set at between 1,500 and 3,000 tonnes at grades between 10 and 15 percent combined zinc and lead.

How to Invest in Base Metals