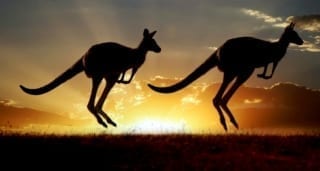 Evolution Mining owns and operates seven gold mines in Australia, while Aquarius Platinum is focused on its two platinum operations in South Africa and Zimbabwe.


Give me my free report!
Evolution Mining is a gold company that owns and operates seven gold mines in Queensland, New South Wales and Western Australia. The company produced 437,570 gold equivalent ounces for the year ended June 30, prior to the acquisition of the Cowal and Mungari mines. Evolution Mining released its quarterly report on Friday, and it shows that quarterly cash flow from operations came to $105 million — that’s a new record and a 154-percent increase quarter-on-quarter.
Earlier in October, the company declared its takeover offer for Phoenix Gold (ASX:PXG) is unconditional and extended the offer period to November 26.


Give me my free report!
Aquarius is focused on its two platinum operations: Kroondal in South Africa and Mimosa in Zimbabwe. At the start of October, the company sold off its interest in the Everest mine to Northam Platinum (JSE:NHM). A few days later, Aquarius entered into an implementation agreement with Sibanye Gold (NYSE:SBGL); the plan is for Sibanye’s wholly owned subsidiary to acquire all shares of Aquarius for US$0.195 per share.