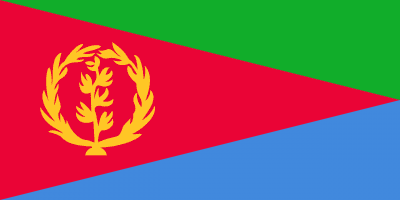 Exciting news hit the potash space on Wednesday when Danakali (ASX:DNK) announced the completion of a mineral resource estimate for rock salt within Area A of the Eritrea-based Colluli project.
The total rock salt mineral resource for Area A stands at 347 million tonnes, with 28 million tonnes in the measured category, 180 million tonnes in the indicated category and 139 million tonnes in the inferred category.
Danakali expects annual rock salt production volume to be between 1 and 2 million tonnes per year based on the 425,000-kilotonne sulfate of potash (SOP) production module outlined in a recent prefeasibility study for Colluli. The rock salt sits above Colluli’s high-value potassium-bearing salts, and will be extracted using surface-miner machines.
“This material represents excellent upside potential for the project. The fact that this material will be mined from the deposit, is of suitable quality for de-icing and other applications in nearby jurisdictions, and is in close proximity to coast, means that the rock salt represents a potential additional revenue stream for the project,” Danakali’s managing director, Paul Donaldson, said in a press release.


Dajin Resources Corp. (TSXV:DJI,OTCMKTS:DJIFF) is a Canadian exploration and development company focused on energy metals. Currently, it holds strategically located brine based lithium targets in both Argentina and Nevada. Connect with Dajin Resources to instantly receive their next catalyst.Send me an Investor Kit
The Colluli project is the shallowest evaporite deposit in the world, and contains both the Area A and Area B deposits; the former is the shallower of the two. Mineralization at Area A begins at 16 meters, and the known resource goes to a maximum depth of about 140 meters. This shallow mineralization makes the project amenable to open-cut mining.
What’s more, the project is located about 75 kilometers from the Red Sea coast, which supports favorable logistics costs and allows easy access to the global markets.
“[W]e believe that the favourable geographic location of the project and highly favourable ambient conditions provide the foundations to establish a salt business of relative significance over the passage of time,” Donaldson said.


Give me my free report!
As mentioned, Danakali recently released a prefeasibility study for Colluli. It examines a two-module development over a 30-year mine life, with expected production of 425,000 tonnes per year SOP for the first five years of operation, increasing to 850,000 tonnes per year for the remaining 25 years. The 1.289-billion-tonne resource gives the company the ability to accommodate substantial expansion and supports a mine life of over 100 years.
Moving forward, the company expects to complete its definitive feasibility study for Colluli by Q4 2015, with first production planned for 2018. Danakali also said Wednesday that the definition of the rock salt mineral resource will allow it to engage in talks with potential offtakers for the product, which is typically used for road de-icing, soda ash production, chlor-alkali production and food processing.
“Further evaluation of the long term potential for a large scale salt business to compliment the planned sulphate of potash (SOP) development will be conducted following completion of the definitive feasibility study, which is scheduled for Q4 2015,” states the company’s release.
Danakali’s share price reacted positively to Wednesday’s news, going up 1.49 percent to close at AU$0.34. Year-to-date the company is up 74.36 percent.