South Boulder Mines continues to see promising results at its Colluli potash project in Eritrea. A prefeasibility study for the property was released Wednesday. 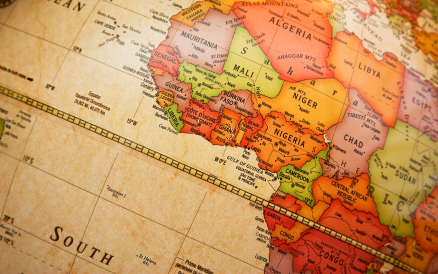 South Boulder Mines (ASX:STB) continues to see promising results at its 50-percent-owned Colluli potash project in Eritrea, with a prefeasibility study (PFS) for the property being released Wednesday.

The results come just one week after the release of a mineral resource estimate for the property, which speaks to the company’s dedication to moving forward rapidly at the project.

The PFS looks at a two-module development over a 30-year mine life, but the 1.289-billion-tonne resource gives the company the ability to accommodate substantial expansion. In fact, it  supports a mine life of over 100 years. The study also reveals that Colluli, which is the shallowest-known potassium-bearing evaporite deposit, is expected to become one of the most significant and lowest-cost potassium sulfate operations in the world.

According to the report, operations will focus on the production of high-quality potassium sulfate (SOP), with expected output of 425 kilotonnes per year, increasing to 850 kilotonnes per year in the fifth year of production. The study also sets total cash costs at US$189 per tonne SOP, with the assumed real average SOP price pegged at US$588 per tonne FOB Anfile Bay.

Naturally the company is pleased with the outcome of the report, and considering how quickly it’s been moving along, it anticipates more good things will come out of the project as it continues to progress.

“We are extremely pleased with the highly favourable outcomes of the pre-feasibility study for the development of the Colluli Potash Project, and the endorsement of both the STB and Colluli Mining Share Company (CMSC) Boards to move the Project forward to complete the definitive feasibility study in Q3 2015. We have already commenced optimisation testwork for the process plant, and as we continue the definitive feasibility work, we will further advance conversations with strategic partners to assist with development of this globally significant project,” Paul Donaldson, managing director at South Boulder, said in a press release.

ENAMCO is equally as satisfied with the results coming out of the project.

“We are very pleased that the pre-feasibility study has been successfully completed and shows a very robust project. Our Colluli resource appears to have all the makings of world class project which will play an important role in developing future skills for our maturing mining industry. We look forward to continuing our ongoing relationship with STB as we move further into the project development,” Berhane Habtemariam, general manager of ENAMCO, said.

At close of day Wednesday, South Boulder’s share price was sitting at AU$0.28.

Editorial Disclosure: South Boulder Mines is a client of the Investing News Network. This article is not paid-for content.