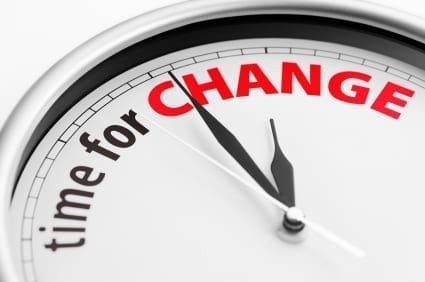 Dr. Scott Gottlieb would be heading the FDA after a confirmation vote by the American Senate.

President Donald Trump put forward his nominee to head the Food and Drug Administration. Dr. Scott Gottlieb has been picked to lead the FDA just as the president has been requesting a major overhaul of the agency. Gottlieb appeared as the safest choice for the Trump administration–his previous experience in the FDA makes him a qualified candidate. Experts, however, are calling out his ties to several companies in the industry.
Gottlieb would align with Trump’s intentions regarding drug pricing and the need to speed up the approval process in the FDA.

Gottlieb has the experience, but also financial ties to several companies

According to a public database, Dr. Gottlieb has made over $400,000 from several companies in recent years. He has also served as an advisor for companies like GlaxoSmithKline (NYSE:GSK) and Vertex Pharmaceuticals (NASDAQ:VRTX).


Give me my free report!
FDA nominees would typically disclose if they had stocks, fund or other investments in any company, and sell them since it could present a conflict of interest, as reported by The Washington Post.
Trump has been on a campaign to change the FDA’s standards and practices. In January, he met with executives from the pharmaceutical world as a way to communicate his message.
In his first address to Congress, Trump said the government had to work together in order to bring down the “artificially high price of drugs.”

Congresswoman Rosa DeLauro D-Conn said in a statement that Gottlieb’s nomination sends a “dangerous message.” DeLauro oversees investments in health and also works in the subcommittee responsible for the FDA.
“[President Trump] is committed to rolling back regulations and opening the floodgates to potentially dangerous drugs and medical devices.”

Bernstein analyst Ronny Gal told MarketWatch the nomination of Gottlieb was a “positive for the drug industry.”
Dr. Leonard S. Schleifer, the chief executive of Regeneron (NASDAQ:REGN), told the New York Times that these suggested changes to the FDA could create a problem, making a clear difference between medical products and “shams.”
“We might as well be advertising in the middle of the night on how terrifically we can cure all your illnesses,” Schleifer said.
Ellen Sigal, founder, and chair of Friends of Cancer Research told Bloomberg Gottlieb has shown the skills needed to lead the FDA.
Reuters reported John Taylor, a lawyer and president of compliance and regulatory affairs with the consulting firm Greenleaf Health and a former acting FDA deputy commissioner, said the nominee will move the agency forwards “though maybe not always in ways the agency is comfortable with.”
The argument Trump has put forward has been debated by experts as non-existing, claiming the FDA is already as fast as it can be. Vox has reported more varied medical breakthroughs haven’t been brought forward because of its difficulty.
Despite the conundrum of whether an even faster FDA approval would lead to more developments in the medical field or not, Trump seems hell bent on making it into reality.
Senate must still confirm Gottlieb before he can assume the position.
Don’t forget to follow us @INN_LifeScience for real-time news updates!
Securities Disclosure: I, Bryan Mc Govern, hold no direct investment interest in any company mentioned in this article.