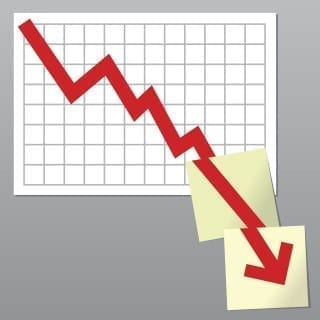 President Donald Trump’s tweet send pharma stocks down after promising he would bring drug prices down.

On Tuesday morning President Donald Trump continued his campaign to bring down drug prices in the United States by tweeting he was now working on a new system for the market. “There will be competition in the Drug Industry,” read the tweet.
As reported by Reuters shares of Pfizer (NYSE:PFE) and Merck (NYSE:MRK) shed 1.1 percent, and Amgen (NASDAQ: AMGN) dropped 1.4 percent. While the Nasdaq Biotechnology index (INDEXNASDAQ:NBI) was 1.4 percent lower, while the NYSE Arca Pharmaceutical index (INDEXNYSEGIS:DRG) fell 1.2 percent.
The tweet comes on the heels of the announcement of the Republican bill set to dismantle and replace the Affordable Care Act, commonly referred as Obamacare.
In the new healthcare system, American citizens would be introduced to an open market for their healthcare providers while also having the option to decide if they even want a healthcare provider.
In the White House press briefing this morning Secretary of Health and Human Services Tom Price said this new system will introduce affordability through tax credits so people can choose the credit they want, not the one picked by the federal government.
When asked directly about Trump’s tweet this morning, Sec. Price said that issue couldn’t be addressed in Phase I of the new Republican care program. He said maybe in phase two or three they could look into and “bring solutions to the increasing challenges” for the people who can’t afford care.


Give me my free report!
Price’s main message was the change in how Americans can now make the decisions regarding their healthcare instead of the federal government making that decision.
“This is a work in progress,” said Sec. Price when he was asked if he agreed with everything in the bill.
The introduction of this change “would make far-reaching changes to a vast part of the American economy,” according to the New York Times.
As reported by Bloomberg White House said in a statement that the president was committed to making drugs more affordable and set on “promoting innovation, and cutting regulations to encourage drug companies to bring back operations and jobs to the United States.
In Jan. Bloomberg also reported on a pharma lobby group campaigning to change the image of big pharma in response to Trump’s comments against drug pricing.
Trump met with top drugmakers leaders earlier this year to discuss changes to the industry and while Trump tweeted a picture of the meeting, during his speech to a joint congress last week he told Senators to work together in order to bring down the “artificially high price of drugs.”

I am working on a new system where there will be competition in the Drug Industry. Pricing for the American people will come way down!

Don’t forget to follow us @INN_LifeScience for real-time news updates!
Securities Disclosure: I, Bryan Mc Govern, hold no direct investment interest in any company mentioned in this article.