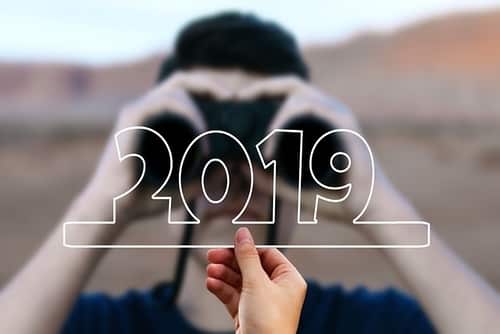 With Q2 2019 officially over, the Investing News Network shares a pharma market update on the biggest news and trends in the space.

While conversations on drug pricing dominated the first quarter of 2019 in the pharmaceutical space, mergers and acquisitions (M&A) were the hot topic of discussion in the second quarter of the year, which included some of the biggest deals ever made in the space.

That being said, drug pricing in the space is a constant subject of debate — and will remain so until regulations are in place.

Other big headlines from Q2 include US Food and Drug Administration (FDA) Commissioner Scott Gottlieb leaving his role in April, only to join Pfizer’s (NYSE:PFE) board of directors in late June.

It was also revealed that the FDA will be collaborating with IBM (NYSE:IBM), Merck (NYSE:MRK) and Walmart (NYSE:WMT) to use blockchain to advance prescription drug supply and distribution.

With the second quarter of the year over and Q3 2019 already in full swing, here the Investing News Network (INN) takes a look back on Q2 2019 and what drove the pharmaceutical market.

In an interview with INN, Janel Firestein, life sciences industry lead and partner with Clarkston Consulting, said that M&A activity this year has been particularly noteworthy in the space.

As an example, Firestein discussed AbbVie’s (NYSE:ABBV) proposed cash and stock acquisition of Allergan (NYSE:AGN), which came towards the end of Q2. The deal, worth a staggering US$63 billion, is expected to close early next year, three years shy of the expiration of AbbVie’s patent for Humira to treat arthritis. Allergan is the company behind Botox, which is a non-surgical cosmetic treatment that will help diversify AbbVie’s portfolio.

While the acquisition has been labeled as AbbVie’s way of avoiding the patent cliff for Humira, Firestein said big mergers are forcing companies to figure out how to sustain growth and get into new therapies.

Although the AbbVie and Allergan transaction was the biggest deal made during the quarter — and the second largest all year — there were some other noteworthy acquisitions made during the course of Q2.

According to EvaluatePharma.com, there were four other major M&A deal announcements made during the quarter. They are as follows:

Despite these behemoth deals, EvaluatePharma says that there were only 22 takeovers during the quarter, which is the smallest number of deals made during a quarter in roughly 10 years.

“Having four companies distracted by two huge deals could provide something of an explanation, but this analysis does seem to point to a sluggish level of underlying M&A activity,” the report states.

Even with mammoth M&A announcements dominating Q2, FDA approvals continued to make headlines, although there is still a ways to go to reach the same level as 2018’s banner year for approvals.

According to Nature.com, the FDA’s Center for Drug Evaluation and Research approved an impressive 59 novel drugs in 2018, higher than its previous record of 53 approvals in 1996. Novel drugs, or new molecular entities, are compounds that are the active part of a treatment and have not received approval from the agency.

During Q2, there were seven novel drugs approved, down from eight novel drugs approved in the first quarter. Notably, in April the FDA granted Amgen (NASDAQ:AMGN) approval for its product Evenity, which is used to treat osteoporosis in postmenopausal women who are susceptible to fractures.

The approval came with a boxed warning for risks of heart attack, stroke and deaths resulting from cardiovascular issues.

It goes without saying that high-profile M&A activity stole the show in the second quarter of the year. While novel drug applications slowed down, Firestein said she anticipates that more of these drugs will come out this year and well into next.

“These new innovative drugs I think we will continue to see come through,” she said, especially when it comes to technologies playing a part in novel therapies.

Firestein elaborated on the interest in these areas — which include therapies for rare diseases — stating that they “really hit more on the personalized therapy innovation” and give market exclusivity to companies developing these products that are trying to avoid patent cliffs.

“When (companies) have got that exclusivity, it helps with (their) growth for a longer period of time.”

Speaking about orphan drugs for rare diseases, Firestein said these therapies have made their way to the cell and gene therapy space and are having a “huge impact on lives.” In addition to being new and innovative, Firestein said the changes these drugs are having on people from a gene perspective is huge.

In terms of drug pricing, Firestein said that with the US presidential election coming in 2020, she doesn’t anticipate there being much more progress than there has been, and said that there hasn’t been much change since the last election.

“I do think that there’s going to be a lot of noise, and it’s going to impact the publicly traded organizations. It’ll fluctuate, but until there’s alignment around what to do with drug pricing and a plan that really will work that’s beneficial around the board, I don’t think we’re going to see progress.”

She did say, however, that there will be — at some point — legislation around drug pricing regardless of which political party wins the election.

Similarly, an EvalutePharma report notes that, regardless of the political outcome during next year’s election, “the political and social momentum to address rising drug prices is unlikely to go away.”

“Even with pricing pressure there remains significant unmet need within the industry, which will continue to drive innovation and drug sales,” the report states.

Additionally, with the blockchain project that includes the FDA, IBM and Merck, Firestein said that blockchain’s impact in the sector will be something to watch moving into the rest of the year.

“I think that is a big story and something to … watch, as that project is supposed to arrive in Q4 of this year,” she said. “That’s going to be an interesting outcome.”