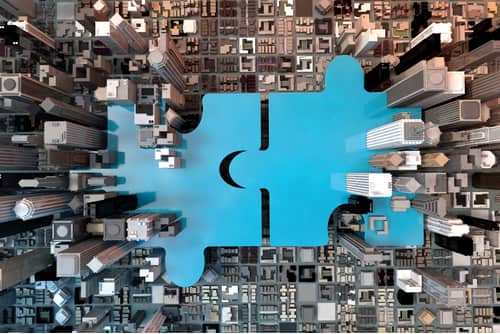 According to Tuesday’s release, the cash and stock acquisition is expected to be completed sometime in the early part of 2020.

AbbVie (NYSE:ABBV) has added itself to the growing list of pharmaceutical companies making behemoth acquisition announcements so far in 2019.

On Tuesday (June 25), the pharmaceutical giant revealed its proposed cash and stock acquisition of Allergan (NYSE:AGN), worth a whopping US$63 billion. According to a press release, the transaction will be based on AbbVie’s common stock closing price of US$78.45 as of Monday (June 24).

Allergan shareholders will receive 0.866 of an AbbVie share and US$120.30 in cash for every Allergan share held, totaling US$188.24 for each Allergan share. This represents upside of 45 percent to Allergan’s closing price of US$129.64 on Monday.

Allergan is the name behind Botox, a non-surgical cosmetic treatment that helped generate nearly US$1 billion in new revenue for the company’s core business in 2018.

The acquisition of Allergan and its product line is a move from AbbVie to diversify its portfolio. Reuters says the patent for AbbVie’s drug Humira, which treats arthritis, is expected to expire in 2023 in the US.

Earlier this year, the news outlet reported that Humira was responsible for 60 percent of AbbVie’s revenue in 2018, but its Q1 2019 financial results revealed that global sales for the drug dipped for the first time in years. Over the course of the quarter, overall Humira sales fell 5.6 percent to US$4.45 billion, although US sales for the drug increased 7.1 percent to US$3.21 billion.

In an interview with Reuters, Richard Gonzalez, AbbVie’s CEO, said the company is in a good position to acquire Allergan due to Humira sales.

“Humira is buying the assets that replace it over the long term,” Gonzalez told the publication.

According to the joint press release issued on Tuesday, annual sales for both companies are expected to reach US$48 billion across 175 countries.

“This is a transformation transaction that provides important strategic benefits for both AbbVie and Allergan,” Gonzalez said in a conference call with investors on Tuesday. “This will have a profound impact on AbbVie’s overall growth story.”

The acquisition is anticipated to close in early 2020 and the new entity will remain in operation in Delaware under the name AbbVie. Gonzalez will remain CEO of the company, while Allergan’s CEO, Brent Saunders, will join the board once the deal is closed.

Tuesday’s blockbuster announcement comes on the heels of Bristol-Myers Squibb (NYSE:BMY) indicating on Monday that its US$74 billion merger with Celgene (NASDAQ:CELG) has been delayed to the end of the year or to early 2020. The deal was originally supposed to close by the end of Q3 2019, and Bristol-Myers says the delay involves a divesture of its psoriasis drug Otelza.

“Bristol-Myers Squibb is committed to working with regulatory authorities around the world on the proposed combination with Celgene,” a press release reads. “The company is focused on realizing the promise of the transaction, and is continuing to work to complete the transaction on a timely basis.”

On June 17, Pfizer (NYSE:PFE) announced its proposed acquisition of Array Biopharma (NASDAQ:ARRY) in a smaller deal valued at US$11.4 billion.

In terms of overall merger and acquisition (M&A) activity this year, a report from Deloitte estimates that tax reform, a relaxed US regulatory climate and an increase in cash reservers will contribute to deals being made over the course of 2019.

According to the firm, 79 percent of survey respondents expect the number of deals they close to increase over the course of the year; thatamount is up from 70 percent in 2018.

“While the M&A outlook is positive, a sizeable chunk of transactions still fall short of achieving the results initially envisioned,” Deloitte states. “Corporations and private equity firms pin the most blame on external factors, but recognize the need for more effective due diligence and integration to make sure revenue projections materialize.”

Following AbbVie’s announcement on Tuesday, shares of the pharma mammoth were down 16.25 percent over the course of the trading period to close at US$65.70. After-hours trading bumped the stock back up 0.52 percent to US$66.04.