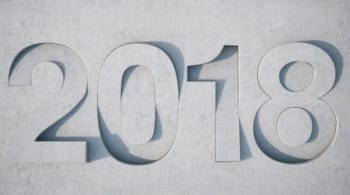 A new user fee and the lack of resolution on a returning tax has manufacturers worried about rising costs in a medical device industry that’s already facing increasing expenses.

While the medical device sector may have faced challenges in 2017, the sector will likely face a new set of obstacles moving into 2018. A new user fee and the lack of resolution on a returning tax has manufacturers worried about rising costs in an industry that’s already facing increasing expenses.
As the Investing News Network (INN) previously reported on 2017 trends, here is a look at some of the things we’re looking forward to that investors should be aware of in the new year.
The upcoming year could prove tricky to medical device investors, despite enticing catalysts and developments in the near future, bureaucracy could seriously hold back this industry.

Get My Free Report
This year’s Global Market for Medical Devices report saw its projections for the overall growth of the market diminished due to uncertainty in policy. The medical device sector no longer sees a double-digit projected growth path in front of itself. “[T]he double-digit growth of past years is no longer widely forecasted,” the report said.
Due to less support from the government and insurance in the US, the sector will need to face the need for a substantial improvement in medical outcomes in order, to justify their price to consumers.
Investors should also be cautioned to the increase of outsourcing in this industry. A report from Allied Market Research indicates the global medical device outsourcing market will reach a value of $83,952 million in 2023.
This is indicative of the manufacturing and development costs companies in the US face with their devices. Therefore opening the doors to smaller manufacturers next year, that are willing to partner up.

With the debate on the pending status of a 2.6 percent tax on medical devices still up in the air, it is easy to forget that another controversial fee was added in 2017. The US Food and Drug  Administration (FDA) user fee for prescription drugs, generic drugs, biosimilars and medical devices will play a major role in 2018.
President Donald Trump signed the bill authorizing the reintroduction of this user fee in August 2017, which officially went into effect in October.
The law makes it so the FDA can collect set financial amounts from medical device companies for consistent reviews of their medical products.
The FDA revealed the various fees companies must now pay during the fiscal 2018 year, which will last until Sept. 30, 2018. The law, however, was placed for a five-year period. A 510(k) application, for example, will now cost a device company $10,566. Alternatively, there is a special small business fee for this application, set to cost $2,642.
“I can think of no better way to stifle or kill innovation than by imposing those kinds of fees, specifically on the de novo,” Michael Drues, a regulatory consultant, and expert said according to a report from Medical Design and Outsourcing.
We also know that the situation is still unclear regarding the above-mentioned 2.3 percent tax exclusively on medical devices.
In September 2017, during a medical device conference in California, leaders of the industry spoke on the crucial resolution of this issue for the industry to move forward.
Paul LaViollette, managing partner specializing in the medical device field at venture capital firm SV Health Investors, said at the time he expects the tax to receive another suspension instead of a downright removal.
“It’s a small amount of money, everyone supports its repeal, and yet here we are again two years later with a Republican-controlled government and (being) unable to having something permanent probably speaks to the fact we’re not where we should be,” LaViollette said.
Mark Leahey, chief executive of the Medical Devices Manufacturers Association, also spoke at the conference and expressed confidence in FDA commissioner Scott Gottlieb’s capability to see the sector is capable of improving care if costs are taken out.

2018 could be the year surgical robotics takes off

A potential new avenue for investors interested in medical devices moving forward is surgical robotics. A global forecast report for medical robots projected this sub-sector will reach a value of $12.80 billion by 2021.
The report states this expected growth can be attributed to a variety of benefits, including new advantages from robot-assisted training in rehabilitation therapy, the growing investments from hospitals in medical robots and a similar increase in research funding.
A company looking to capitalize on the development of this sector is Titan Medical (TSX:TMD; OTCQB:TITXF). Its president and CEO David McNally told INN his team is excited about the possibility of joining another exchange in 2018. Titan Medical will be applying for a 510(k) and CE Mark in 2018 for their SPORT Surgical Robotic System.
Other key players in the industry looking to include robotics is TransEnterix (NYSE:TRXC), a company that recently reignited this whole sector after it received a clearance notice from the FDA for their own robotic surgery system. This bodes well for their development next year as they introduce a new generation of robotics in the operation room.
According to McNally investors should keep an eye on the medical device industry because of its “significant market drivers including the globalization of the medical device market, aging populations, and a demand for less invasive surgery.”
“Those investors who take a long-term view will have the opportunity to be rewarded for their patience,” McNally said.
Todd Pope, president, and CEO of TransEnterix told INN the surgical robotics market will still face many obstacles in the near future. Pope said the manual laparoscopic surgery market is still “significantly” larger than what robotics is today. Less than 10 percent surgeries in the US are performed with robotics.

Get My Free Report
In the long and arduous path to market, medical device companies can struggle to see encouraging results in their stocks. One such company is, RepliCel Life Sciences (TSXV:RP; OTCQB:REPCD), it’s preparing for 2018 that could see the launch of their dermal injector into the European market.
Lee Buckler, CEO of RepliCel told INN the company expects to obtain a CE Mark in 2018 for their new dermal injector. Their RCI-02 prototypes–introduced in 2017–were designed with dermatologists to keep the design as modern as possible.
“When combining [the development of their dermal injector] with the anticipated financing as part of our second major partnership, we expect RepliCel shareholders to enjoy perhaps their best year-to-date,” Buckler said.
This device is set to work alongside their novel stem cell therapies for hair loss, skin damage, and tendon repair.
The medical device industry could see difficult moments in 2018, but with the combination of steady projections and a potentially dangerous path for investors in fellow life science sectors –biotech and pharma– this sector could also see benefits and major developments.

While there could be some uphill battle in 2018 for the medical device sector, BioSig Technologies (OTCQB:BSGM) told INN via email that investors interested in the sector should “research the company’s management and the board of directors” before cashing all in on a company.
“Look into the achievements each member of the board has brought to their respective companies–remember, they are on this particular board for a reason,” Kenneth Londoner, CEO and Natasha Russkina, VP of business development and corporate finance told INN.
Investors should also ensure to research the core product the company is working on, and how big that addressable market is–whether it’s domestic or global.
Moving into 2018, BioSig Technologies expects to see through the FDA 510(k) clearance and begin listing on the NASDAQ, as well as see through the early stage of its commercial launch through a number of US medical centers.
In short–there’s hope for the medical device sector in 2018 yet.
Don’t forget to follow us @INN_LifeScience for real-time news updates.
Securities Disclosure: I, Bryan Mc Govern, hold no direct investment interest in any company mentioned in this article.
Editorial Disclosure: BioSig Technologies is a client of the Investing News Network. This article is not paid for content.