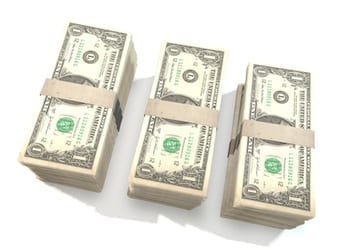 Fibrocell Science, a relatively small gene therapy company, just closed a huge financing deal: it received $18.1 million after selling convertible promissory notes and warrants, most of which will go to funding products currently in development.

Fibrocell Science (NASDAQ:FCSC), a relatively small gene therapy company, just closed a huge financing deal: it received US$18.1 million after selling convertible promissory notes and warrants, most of which will go to funding products currently in development.
The small cap company first announced the offer back in August 2016, anticipating it could generate up to US$25 million. At the same time, they terminated the public offering of common stock announced earlier in the year.
The convertible promissory notes mature on September 7, 2026, or 180 days after a key Fibrocell Science product, FCX-007, receives FDA approval—whichever arrives first. The notes pay four percent in annual interest, which Fibrocell Science can accrue or pay in cash. Investors may also choose to have it paid in shares of common stock.
The warrants have a five year term and a strike price of US$1.50 per share.

Give me my free report!
Fibrocell Science expects that proceeds from the sale, along with the company’s existing assets, will fund operations through 2017. According to CEO and Chairman David Pernock, a large portion will be dedicated to the continued clinical and pre-clinical development of two new gene therapy product candidates—the aforementioned FCX-007, as well as FCX-013.
FCX-007, currently in a phase I/II of clinical trials, is intended to treat recessive dystrophic epidermolysis bullosa. “Meaningful human clinical data is expected for FCX-007 in the second half of next year,” Pernock reported. Interested investors may wish to keep an eye out for those results.
FCX-013, meanwhile, is still in the pre-clinical stage. With a focus on their product pipeline, Fibrocell Science will use some of that US$18.1 million to further FCX-013’s research and development. The product is intended to treat linear scleroderma.
With substantial new funding and several products in the pipeline, this stock might bear watching—particularly if the trend toward personalized medicine continues. Fibrocell Science uses a patented fibroblast technology, which means patients may one day be treated using cells cultivated from their own unique skin tissue—if, that is, these product candidates receive FDA approval.
Don’t forget to follow us @INN_LifeScience for real-time news updates.