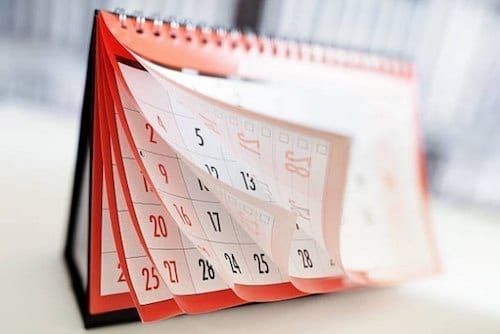 With Q1 2018 behind us, here the Investing News Network looks back on some of the biggest trends of the quarter, and what to expect in the coming months.

For an industry which has transformed significantly over the last forty years, biotech companies have risen to be some of the most prominent in the life science sector. Cancer treatments wouldn’t be where they are today without the growth of this industry.

The pharma and biotech market is expected to grow through outsourcing bio-analytical testing and immunotherapy investing—such as with CAR-T and gene therapies—over the next four years, as per Frost and Sullivan’s global life science outlook.

To provide perspective on how far this industry has come over the last several decades, Frost and Sullivan estimates that, moving forward, the overall global life science industry is projected to reach a staggering $1.5 trillion by 2022.

With the first quarter of 2018 closing and as investors wait to review each companies financial results, the Investing New Network (INN) is taking a look back at how the first quarter went for the biotech industry and what to expect in the next quarter.

“In the first quarter everything was just okay,” Credit Suisse analyst Alethia Young said in a phone interview with INN. “People are just worried about where the growth is coming from.”

Young noted that tax reform was a big trend in the first quarter, including many companies bringing cash back to the US. This is due to the republican party voting to lower corporate taxes at the end of 2017 from 35 percent to 21 percent.

Companies like Gilead (NASDAQ:GILD) and Amgen (NASDAQ:AMGN) brought money back into the US and with the lower taxes have more money to do “more deals, and that remains a key thing,” Young said.

Some other big themes from the first three months of 2018 for the biotech industry was tax reform, initial public offerings (IPOs), and clinical trials failing to meet primary endpoints. The second quarter should pick up with more IPOs, revenues and earning increase and news from medical meetings. Continue reading below to find out more of what happened last quarter and what to expect in the months ahead.

The first quarter for the biotech industry saw many companies officially  enter the market with IPOs. Most companies have been operating for years to establish a portfolio investors will be interested in.

David Nierengarten, managing director at Wedbush Pac Grow Healthcare, noticed similar trends to Young, noting the market has weakened lately, but said IPOs and offerings have been a highlight in the first quarter.

Biotech-focused IPOs in Q1 2018 include:

While experts and investors alike become used to surprises from biotech companies making announcements such as clinical trial failures—even in the Phase 3 trial—some news can still be surprising, even to industry analysts.

Abbvie’s (NYSE:ABBV) Rova-T news on March 22 is one such example. In the release, the company announced it will not move forward with Rova-T for relapsed small cell lung cancer based on data on its Phase 2 trial was released.

Nierengarten told INN this may have caught investors off guard as it “it did move the stock.”

Another big theme, according to Young, was companies bringing cash balances to the U.S., stating that yearly first quarters are generally less stacked than the rest of the year.

“The first quarter is easily less robust because a lot of companies have to pay into medicare so sometimes revenues and earnings are lighter,” Young said.

Bloomberg reported some of the top life science companies with cash held overseas include Johnson & Johnson (NYSE:JNJ) with $41.9 billion, Amgen with $41.4 billion, Gilead with $38.6 billion, and Celgene (NASDAQ:CELG) with $11.8 billion.

Tax reform has been an important trend as the Trump administration now requires companies to pay taxes on cash earnings at two discounted rates, 15.5 percent or eight percent for income held as cash including cash equivalents and illiquid assets, respectively. This tax was made to incentivize companies to bring cash back to U.S

This new rate is replacing the 35 percent tax companies originally had to pay to repatriate foreign money.

Moving into the second quarter of 2018, companies will have to meet the consensus expectation forecast for earnings, Young said, and earnings may begin to pick up after a slower first quarter.

“Next quarter is going to be pretty full, I know there’s going to continue to be more companies doing IPO issuances and additional follow ons and there’s a couple major medical meetings,” Nierengarten said.

The American Association for Cancer Research annual meeting took place April 14-18 and presented some of the latest clinical trial and portfolio updates from companies in the biotech sector.

Blueprint Medicines (NASDAQ:BPMC) proof-of-concept data for its RET inhibitor BLU-667 was among the highly-anticipated presentations which received attention from Forbes. The drug candidate reduced tumors significantly in 45 percent of patients in the study, for patients with medullary thyroid cancer, non-small cell lung cancer and papillary thyroid cancer.

A major conference on Nierengarten’s radar includes the American Society of Clinical Oncology meeting taking place in Chicago this June. Though it’s hard to predict what will be announced as the abstracts aren’t public yet, but he’s expecting to hear some updates from Tesaro’s (NASDAQ:TSRO) GARNET study—currently in it’s Phase 1 clinical trial.

In terms of IPOs, companies that have gone public so far in Q2 include:

First quarter financial results are already being released from the big biotech companies, and as the results from the smaller companies are announced, investors should keep in mind earnings may be lower as Credit Suisse analyst Alethia Young pointed out.

Aside from the IPOs mentioned, many companies have also been announcing public offerings, and there are no signs it will slow down. The second quarter has already a few biotech public offerings, including Aeglea BioTherapeutics (NASDAQ:AGLE) and Bellicum Pharmaceuticals (NASDAQ:BLCM).

Investors can also look forward to the prospect of more M&A’s, licensing deals, and partnerships for the second quarter as the biotech industry is always looking to strengthen ties between companies in the industry to develop new innovative products.