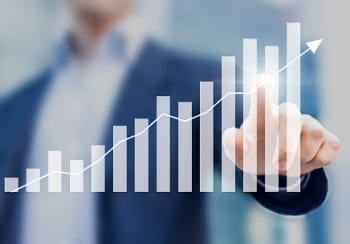 The biotechnology market has recently produced significant growth for all major life science indexes, thanks in part to oncology treatments.

The biotechnology market has recently produced significant growth for all major life science indexes, all thanks in part to rare cancer therapies and anti-cancer drug candidates according to a report.
The data prepared by Market News Updates and released on June 26, 2017 indicated the oncology market and the many treatments companies are currently working on are causing this financial excitement. According to the release, by 2021 oncology will grow to $165 billion.
Case in point, the NASDAQ Biotechnology (INDEXNASDAQ:NBI) closed on Friday (June 24) with a 9.57 percent growth, the biggest increase in the Index this year so far, although the index has dropped off slightly this week following the CBO scoring to revise the Senate healthcare bill. Similarly, the iShares NASDAQ Biotechnology Index (ETF) (NASDAQ:IBB) and SPDR S&P Biotech (ETF) (NYSEARCA:XBI) saw a 9.57 and 12.16 percent growth last week respectively.
The report states that some of the companies causing this boost include: Moleculin Biotech (NASDAQ:MBRX), AVEO Oncology (NASDAQ:AVEO), Portola Pharmaceuticals (NASDAQ:PTLA), Juno Therapeutics (NASDAQ:JUNO) and Cara Therapeutics (NASDAQ:CARA).

A biotech industry update released on June 27 by Hartaj Singh, an analyst from Oppenheimer in the biotech market, pointed the increase for the sector this year comes in part from strong fundamentals and–despite the excitement–cautioned that this particular industry is coming off two less than stellar years.
“The sector is positively reacting to strong fundamentals, a relatively cheap valuation, and strengthening momentum,” the report stated.
According to the report, influence from the Senate and White House was dismissed as one of the major forces driving this increase in the sector.
“While there has been much speculation in the press on the ability of the current administration to influence or impact drug pricing through varying mechanisms, the White House has spoken in broad strokes with few specifics,” the report said.
Some of the biggest highlights from the companies included in the Market News Updates report included physician-scientists with Mayo Clinic who have asked Moleculin to provide WP1066 in testing against the rare brain tumor pediatric, called Diffuse Intrinsic Pontine Gliomas.
“[P]reliminary studies have demonstrated significant anti-tumor activity of WP1066 in DIPG in vitro and in vivo tumor models,” the report said.
Cara Therapeutics revealed that the US Food and Drug Administration (FDA) granted a “Breakthrough Therapy” designation for their treatment of moderate-to-severe uremic pruritus in chronic kidney disease patients undergoing hemodialysis.
AVEO Oncology also received a recommendation from the European Medicines Agency, an equivalent to the FDA, for FOTIVDA a treatment for patients with advanced renal cell carcinoma.

There is still a long path ahead for biotech and many other life science sectors to recuperate from the declines from years past. However, there is a rush of excitement coming into the industry indicated by the market increases and the potential for growth seems capable of continuing.
Don’t forget to follow us @INN_LifeScience for real-time news updates.
Securities Disclosure: I, Bryan Mc Govern, hold no direct investment interest in any company mentioned in this article.