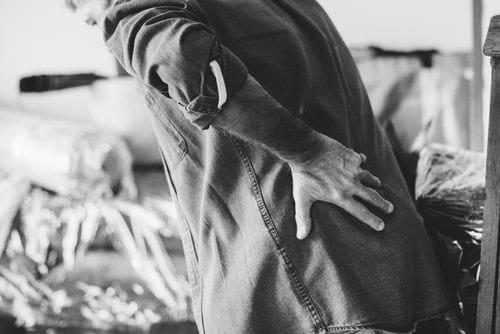 Antibe Therapeutics (TSXV:ATE,OTCQB:ATBPF) revealed on Monday (June 3) that the lead indication for its drug candidate ATB-352 will be to treat post-operative pain.

ATB-352 is a non-addictive drug geared at treating severe pain, and it puts the company in a position to target what it claims is a US$9 billion market for safe and unharmful treatments.

In a press release, Antibe CEO Dan Legault said ATB-352 is an ideal candidate for post-operative pain because of its gastrointestinal safety and non-addictiveness.

“ATB-352 is a powerful painkiller and it’s an acute drug, meaning short-term usage,” Legault explained to the Investing News Network (INN) when asked how it differs from Antibe’s lead candidate, ATB-346.

ATB-346 is a hydrogen sulfide-releasing naproxen derivative that is indicated to treat osteoarthritis, rheumatoid arthritis and ankylosing spondylitis, another form of arthritis.

ATB-352 is the company’s second lead candidate and is a hydrogen sulfide-releasing ketoprofen derivative. Both naproxen and ketoprofen are non-steroidal anti-inflammatory drugs (NSAIDs), but cause serious side effects such as gastrointestinal damage. Legault further noted that ATB-352 will be used to compete against opioids, which can be used to treat post-surgical pain.

“A significant portion of opioid addiction can be traced back to … prescribed medical post-operative pain,” Legault told INN. “We’re going after that.”

He added that most post-operative treatments are NSAIDs and therefore lack gastrointestinal safety. Preclinical studies of ATB-352 have proven that it causes less gastrointestinal damage than NSAIDs, particularly when compared to ketoprofen.

Legault said that there are three benefits of ATB-352 over ketoprofen: greater pain relief, no gastrointestinal damage in animal studies and the fact that it can have multiple formulations, including the tablet version that already exists.

“(ATB-352 is) non-addictive, it’s enabled to multiple formulations, it’s particularly potent and particularly powerful,” he said. “The animal studies are showing wonderful (gastrointestinal) safety. Add that all up together, and it’s an ideal package.”

The company intends to finish investigational new drug pre-clinical studies of ATB-352 sometime in 2020. As it currently stands, Legault said the company is tied up with its fourth and final Phase 2 trial for ATB-346, which, if all goes according to plan, could make Antibe Phase 3 ready by the summer.

Shares of Antibe have declined by 3 percent since its announcement on Monday to C$0.32 as of market close on Wednesday (June 5).