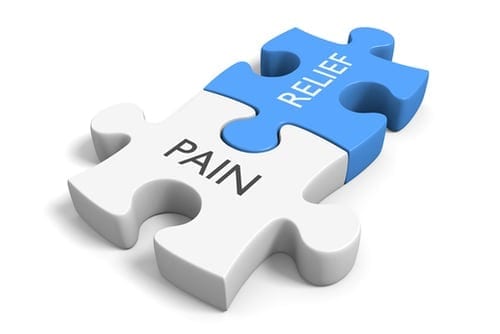 The Investing News Network spoke with the CEO of Antibe Therapeutics about its lead drug candidate and how it is different from NSAIDs.

Antibe Therapeutics (TSXV:ATE,OTCQB:ATBPF), a Toronto-based biotech company, is taking a unique approach to pain management and inflammation, and the serious side effects caused by non-steroidal anti-inflammatory drugs (NSAIDs).

While NSAIDs are common prescription and over-the-counter treatments, with ranks including naproxen (Aleve), celecoxib (Celebrex), ibuprofen (Advil) and Aspirin, gastrointestinal damage and bleeding have been known to be associated with them.

ATB-346, Antibe’s lead drug candidate, has been proven to not cause gastrointestinal bleeding in animals such as rodents and dogs and has demonstrated cardiovascular safety with non-addictive pain relief. ATB-346 is a hydrogen sulfide-releasing naproxen derivative and has been indicated to treat osteoarthritis, rheumatoid arthritis and ankylosing spondylitis, another form of arthritis, to name a few.

In an interview with the Investing News Network (INN), Dan Legault, CEO of Antibe Therapeutics, said that ATB-346’s final Phase 2b study, which was approved by Health Canada in January, began last month. He explained that this stage of the Phase 2b study is very significant for the company.

According to a press release, this study aims to prove that ATB-346 reduces osteoarthritis pain. To test this, 360 patients who have osteoarthritis in the knee will be administered either a placebo or a dose of 150 milligrams, 200 milligrams or 250 milligrams once a day. This will pinpoint what the appropriate dosage will be for Phase 3 development.

For the study, Antibe Therapeutics increased the number of patients from 200 to 360 to help increase the statistical significance of the 200 milligram and 250 milligram groups. A Zacks.com report from February says that this will help provide a more detailed dataset on how effective ATB-346 is, which will also help with partnering discussions.

“Should this trial go well, as we hope and expect, [Antibe Therapeutics] will be a Phase 3 company by the end of the summer, which is wonderful for us,” Legault told INN.

Legault detailed the drug’s previous studies, explaining that a Phase 2a study on effectiveness of ATB-346 found that the treatment is very effective in pain management. According to a press release from August 2016 on the trial’s findings, ATB-346 was additionally equal to or better than NSAIDs such as naproxen or celecoxib in similar studies. By March of last year, the company had completed a Phase 2b study demonstrating the safety of ATB-346; it was also well tolerated by patients.

Legault explained that patients on ATB-346 showed an ulceration rate of 2.5 percent when compared to an ulceration rate of over 40 percent of those who took naproxen in that study. “[Naproxen] is the most prescribed NSAID in the US, by a large margin,” he said. The company also completed a Phase 2b dose-ranging efficacy study of ATB-346 in November of last year, which Legault said was a pilot study.

On April 16 the company revealed that the British Journal of Pharmacology had published Phase 2b gastrointestinal safety results for ATB-346. They show that the drug demonstrated “unequivocal evidence” of reducing gastrointestinal toxicity when compared to naproxen. According to that release, study results are expected sometime over the summer.

In terms of what else Antibe Therapeutics has coming up this year that investors can watch for, Legault said that the company anticipates meeting with the US Food and Drug Administration for an end of Phase 2 meeting this year.

Year-to-date, shares of Antibe Therapeutics had risen 60.6 percent to C$0.34 as of market close on Wednesday (April 24).