What Happens to Cannabis if Trump Wins?

Cannabis is thriving in the US, and it’s about to enter a critical time as Americans prepare to vote.

With the US presidential election right around the corner, the Investing News Network (INN) talked with a few experts to determine what investors can expect regardless of the outcome.

The presidential election this year will see President Donald Trump face off against Joe Biden, Democratic nominee and former vice president. On November 3, voters will cast their ballots to decide whether or not Trump gets another four years in office.

In this article, INN examines the ways the cannabis business may move forward in the case of a Trump re-election. Click here for our coverage of what could happen in the event of a Biden victory.

The Trump administration’s history with cannabis

Sentiment on the cannabis industry was mixed in the US after Trump’s win in 2016 — after all, Canada had yet to legalize the drug for recreational use, a move that has since paved the way forward by offering a roadmap to approach the novel drug industry.

During his campaign, Trump had sent mixed signals as to his personal level of interest in terms of cannabis policy, and after his election the confusion continued.

The biggest opposition and real moment of concern for the US industry came as Trump’s first attorney general, Jeff Sessions, reinforced his strong stance against the drug and its legalization at any level.

The disdain for cannabis from Sessions began early and included the infamous phrase, “good people don’t smoke marijuana,” said during a Senate hearing in April 2016.

Sessions’ biggest aggression against cannabis came early in 2018, when he removed a technical federal protection for cannabis state programs, enacted during the second term of Trump’s predecessor, Barack Obama. At the time, this decision sent cannabis stocks tumbling, a clear sign of the concern investors held about the impact Sessions could have on the marijuana industry and its growth.

In November 2018, Sessions resigned as attorney general, a move that again moved the needle for cannabis investments, only this time the trend was upwards.

Sessions’ departure was so well received by the industry that a room of investors even clapped and cheered to the sound of Sessions leaving the Trump administration.

Trump’s back and forth with cannabis didn’t end there, as he’s made comments on the development of cannabis regulation bills, including the STATES Act.

“I know exactly what (Colorado Senator Cory Gardner) is doing. We’re looking at it,” said Trump in mid-2018. “But I probably will end up supporting that, yes.”

Most recently, US Congress has been pushing for a vote on the MORE Act, which would deschedule cannabis under the federal government perspective.

However, like the STATES Act before it, the new legislation is expected to stall at the Senate due to the majority leadership of Republican Senator Mitch McConnell. That would prevent the bill from getting a signature from Trump and being enacted.

What does Trump think about cannabis now?

Earlier this year, a report in the Chicago Tribune indicated that according to Trump’s campaign spokesman, Marc Lotter, the president maintains a conservative mindset for the drug.

“I think the president is looking at this from a standpoint of a parent — a parent of a young person — to make sure we keep our kids away from drugs,” Lotter said at the time.

“They need to be kept illegal, that is the federal policy.”

Matt Carr, chief trends strategist at the Oxford Club, told INN that in the event of a Trump re-election he expects cannabis businesses, particularly at the state level, to continue at the same pace.

Effectively, given the lack of a federal framework, individual states have tackled the cannabis industry by either directly enacting policies or by leaving the issue to voters and asking them to determine whether or not to move forward with state programs.

This version of the market has created a fractured rollout in which no intrastate commerce is allowed. What’s more, for the companies big enough to operate in multiple states, every operation can feel like a totally different corporation.

“If Trump wins, do we have federal legalization in the next couple years? Probably not,” Carr said. “Because I think they control the White House and then the Senate; that’s kind of difficult.”

Despite these challenges, multi-state operators have established a footprint while engaging investors and gaining ground in conversations around best bets on cannabis stocks.

While being excited about the potential for federal reform, a duo of cannabis experts at fund manager Purpose Investments aren’t holding their breath for big changes given that cannabis in the US is growing with or without policy changes.

Although there may be hurdles in cannabis reform in the US, the trajectory of current sales growth is unaffected by this. We continue to see outsized growth in most states as operators have worked out how to optimize within the current constraints. Any reform at the federal level will cause a step function in valuations of these operators, but explosive growth can still continue under current regulations.

An exchange-traded fund (ETF) manager agrees with Taylor and Butt. “Even if Trump were to win somehow, it’s not a negative for marijuana and at least has all the upside it already has right now,” Dan Ahrens, managing director and chief operating officer with AdvisorShares, told INN.

The ETF manager expects to see cannabis as a conversation topic this election cycle, regardless of the final result, since five states will be voting on the advancement of cannabis programs.

Trump has become an unpredictable figure, and while that has helped spread ideas about the potential for his administration to work on cannabis policy at the federal level, little has come of it.

Whether or not Trump engages with the cannabis industry — for good or bad — remains to be seen.

But experts agree that given a second term of Trump, cannabis will likely remain untouched by federal powers, meaning state programs and the companies working within them will continue to operate and even thrive with growing sales.

The growth of the industry seems poised to continue with or without Trump at the helm of the country.

Next Green Wave Mourns the Passing of David Wilson – Director

Next Green Wave Holdings Inc. (CSE: NGW) (OTCQX: NXGWF) (“Next Green Wave“, “NGW” or the “Company”) is saddened to announce the passing of Mr. David Wilson after a courageous battle with cancer. David served as a member of the Board of Directors and Chairman of the Audit Committee.

He was instrumental in guiding Next Green Wave through our public listing process, and he collaborated in our rapid evolution by allowing us to continue to benefit from his highly developed corporate intellect, honed by decades spent in a variety of senior roles with major corporations.

Khiron Life Sciences Corp. (“Khiron” or the “Company”) (TSXV: KHRN ), (OTCQX: KHRNF), ( Frankfurt : A2JMZC), a medical cannabis leader with core operations in Latin America and Europe announced the appointment, effective October 16 of Joel Friedman as CFO following the resignation of Wendy Kaufman the Company’s CFO since July, 2019.  Ms. Kaufman is departing to return to the mining industry where she has spent the greater part of her executive career. 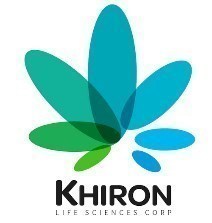 Emerging leader in infused cannabis beverages, BevCanna Enterprises Inc. (CSE: BEV) (OTCQB: BVNNF) (FSE: 7BC) (” BevCanna ” or the ” Company “) is pleased to announce that former PepsiCo, and SC Johnson executive Melise Panetta has joined the BevCanna team in the role of Executive Advisor to lead their Global commercial strategy.

An ongoing dispute between a cannabis investment company and a group of shareholders demanding changes to the firm’s board of directors has erupted once again.

Meanwhile, the CEO of a Canadian producer asked the market what more his firm could offer to show growth as the company reported losses and saw its share value drop dramatically.

Each product in our line is comprised of high-quality ingredients, which are further enriched with CBD. The pet treats only use natural organic ingredients and are void of chemicals often found in the standard brands. Similar to all Sweet Earth products, production begins with proprietary seeds planted on its Applegate Valley, Oregon farm. Sweet Earth Hemp CBD is non-GMO and contains no pesticides, herbicides, or chemical fertilizers. All of Sweet Earths’ organic dog treats are fortified with Vitamin E as a natural preservative.

Next Green Wave Mourns the Passing of David Wilson – Director