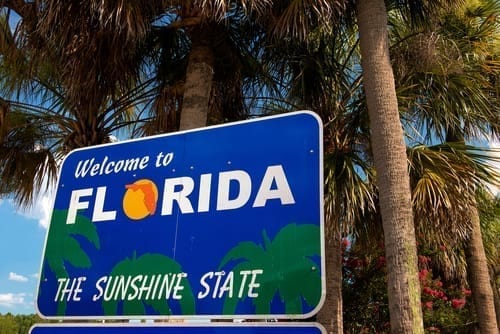 The removal of a ban on smokable cannabis products in Florida led to record-breaking Q2 revenue for the company.

Thanks to the introduction of smokable marijuana products in Florida, Trulieve Cannabis (CSE:TRUL,OTCQX:TCNNF) reported record-breaking Q2 revenues as its lead in the state increases.

On Thursday (August 15), the multi-state operator (MSO) reported revenue of US$57.9 million during its Q2 2019, which represents a 30 percent quarter-over-quarter growth.

Trulieve confirmed a patient count increase of 19 percent in Florida during the quarter, bringing its total number of patient consumers to 181,000.

In March, the state of Florida lifted a ban on smokable marijuana products, a decision that has also lifted the consumer volume for the market. Currently, Florida is only a medically legal marijuana state.

Trulieve reported that dried marijuana represented half of its sold products in Florida during the quarter when compared to approximately 30 percent in its previous quarter.

At the end of Thursday’s trading session, the company closed with a price of C$12.55, representing a drop of 2.37 percent in value per share.

Trulieve’s substantial revenue growth also helped it reach a net income of US$57.5 million for the quarter.

According to the analyst data aggregator site TipRanks, Trulieve holds an average “strong buy” rating based on three analyst ratings. The average price per share from analysts is C$31.

During a call with investors and analysts, Kim Rivers, CEO of the company, confirmed that Trulieve dispenses 52 percent of the flowers sold in the state, according to data from the Office of Medical Marijuana Use (OMMU), the state’s marijuana regulatory agency.

A research note from Canaccord Genuity indicated the second closest competitor in terms of market share for dried flower sold in Florida is Curaleaf Holdings (CSE:CURA,OTCQX:CURLF) with a 17.9 percent share.

Trulieve operates 30 stores in Florida, and, according to Rivers, 14 additional stores are planned to be opened before the end of the year.

As of Tuesday (August 13), there are 150 marijuana shops in Florida, according to OMMU data.

The state of Florida has proven to be an attractive market for cannabis MSOs, which look to expand the exposure of the US cannabis stock market. Florida is set to gain more attention from investors as additional MSOs begin to lay out expansion plans in the state.

As part of its Q4 2018 and year-end results, Curaleaf largely credited Florida for the bump in its financials. Fellow MSO Columbia Care (NEO:CCHW,OTCQX:CCHWF) announced it plans to open 20 dispensaries in the state before the end of 2019.

2 responses to “Trulieve Sees US$57.9 Million in Revenue Thanks to Florida Market”