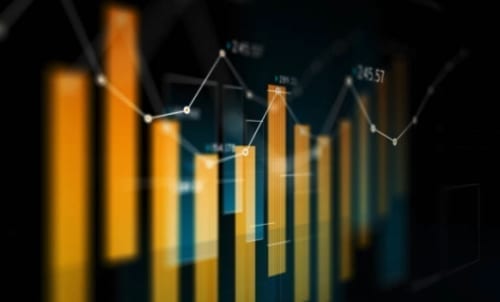 Some cannabis companies have seen success in 2018 even in the midst of a wide-ranging market correction for cannabis stocks.

As the first quarter wraps up in the cannabis market, it’s important for investors to look beyond daily and weekly returns to see how cannabis stocks have performed so far in a year.

While stock performance doesn’t entirely determine what type of announcements a company may have had, it does indicate confidence from the public markets. The companies in this list have seen satisfying returns this year thanks to intriguing critical announcements and compelling ratings from experts in the market.

Despite seeing losses all over the industry, some companies have been been able to pull through success in the midst of a wide ranging market correction for cannabis stocks.

With that in mind, the Investing News Network (INN) brings investors a closer look at some of the top gaining cannabis stocks so far in 2018. Read below to find a list per each Canadian exchange and a runner up list of cannabis stocks.

The data used to rank these stocks was collected through a combination of Google Finance and Yahoo Finance. All year-to-date figures are accurate as of Monday (April 16).

Choom launched on the CSE last year and since then the company has worked to put its name on the minds of investors as a brands-focused enterprise. Choom appeals to cannabis consumers as a lifestyle decision.

This quarter, Choom has been making moves to warrant the increase in its value. From recent acquisitions of late stage ACMPR applicants in Canada, to partnerships with well established entities and the potential for the creation of Choom branded retail cannabis stores where it may be legal to do so.

iAnthus is a US-focused operator of cannabis businesses. The company raises money in Canada through the CSE and allows investors exposure to a booming American market in the states marijuana is legal.

During the last quarter the company was added into the CSE 25 Index, a sign of its growth among the competitive exchange. The company currently holds assets and operations in Massachusetts, Florida, Colorado, Vermont and New Mexico with the potential to add New York into this list.

Newstrike was left behind one of the biggest deal reversals in the cannabis industry. However, the company was able to raise capital quickly after the fallout of its failed partnership with CanniMed Therapeutics (TSX:CMED).

Jay Wilgar CEO of Newstrike told INN he expects the focus on branding for Newstrike to pay off once the recreational market in Canada opens later this year.

The company’s brand, Up Cannabis, announced last quarter its facility in the Niagara region had received its official license for the production of cannabis. The company expects to get its first harvest in the third quarter of 2018.

This company has established successful partnerships with a variety of cannabis players in the public and private space. During this quarter NAC obtained a critical retail license in the province of Manitoba, meaning the company will be allowed to create retail cannabis stores to sell its products.

One of its partnerships is with CannaRoyalty (CSE:CRZ) a US-focused cannabis operator. However the most recent announcement from the companies hints at the potential for CannaRoyalty to bring its line of branded products to the Canadian market with help from NAC.

In the first quarter MedReleaf placed down its bets for the recreational market by launching two new brands, San Rafael ‘71 and AltaVie, meant to appeal adult-use consumers of cannabis. Neil Closner, CEO of MedReleaf, told INN the largest market available for his company is the international medical cannabis one.

As part of the company’s most recent quarterly update Closner said the company holds a “strong balance sheet” thanks to a C$192.5 million worth of equity capital raised since December.

The company managed to obtain one of the coveted supply agreements with the province of Quebec for retail cannabis products. MedReleaf will be allowed to to supply 8,000 kilograms per year for a three-year deal with the province.

Despite seeing a loss on their per share value, Canopy remains the biggest cannabis company in the public market, and from all the TSX stocks, WEED was the one with the lowest decrease so far in 2018.

The industry has seen catalyst announcements strong enough to boost massive stocks such as Canopy, but experts agree until the Canadian market is fully operational with recreational sales, it will be difficult to fully evaluate the value of these cannabis giants.

During the quarter Canopy announced it had received a cultivation license for 400,00 square feet worth of growing space in B.C. operated by the local Tweed division. The company also continued its partnerships across the cannabis space thanks to a new deal with Sunniva (CSE:SNN) for two years that will bring 90,000 extra kilograms of dried cannabis to Canopy.