TMX Group (TSE:X) has launched its newest index, which tracks the performance of cannabis companies in North America trading on two of its exchanges.

The index tracks the performance of companies listed on the Toronto Stock Exchange (TSX) and TSX Venture Exchange (TSXV) that are “significantly involved in the cannabis market,” a press release reads.

This benchmark index currently features 15 cannabis holdings with operations across the supply chain, from cultivation to research and development; the average constituent market cap is C$1.19 billion.

To be eligible for this exclusive list, firms’ shares need to be issued and trading for three months before the index’s quarterly rebalancing.

Constituent companies also need to maintain a float-adjusted market cap of or over C$180 million at the rebalancing date, among other requirements.

The index features some of the largest players in the Canadian cannabis space, including giants like Canopy Growth (NYSE:CGC,TSX:WEED) and Aphria (NYSE:APHA,TSX:APHA), as well as smaller firms.

Here is a list of the index’s current holdings ordered by weight:

The introduction of the new cannabis index follows TMX Group’s launch of a global version of the list, the S&P/MX International Cannabis Index (TSX:MCAN), last year.

The international index tracks companies that trade on the New York Stock Exchange and the NASDAQ, as well as the TSX and the TSXV, and it has 22 holdings across Canada, the US and the UK.

Eligibility criteria for the international index include a market cap of at least US$120 million and an average and median daily value traded of US$400,000.

Both of the indices are calculated and managed by S&P Dow Jones Indices.

Editorial Disclosure: MediPharm Labs and Valens GroWorks are clients of the Investing News Network. This article is not paid-for content.

During the first few months of investment time in 2021, cannabis faced some volatility alongside optimism about federal changes in the most important market for the drug.

The business of cannabis found its stride during the first quarter thanks to policy change signals and consolidation.

The Investing News Network (INN) discussed progress in the cannabis market through the first major period of the new year and found out which developments investors should watch out for.

New York state’s legalization of recreational cannabis was a huge Q1 announcement that added pressure to the work the federal government has ahead of itself when it comes to cannabis policy, said George Mancheril, co-founder and CEO of Bespoke Financial, a debt financing business with a particular focus on servicing cannabis businesses.

“It’s going to add to the chorus of voices in the federal scene to basically move sooner rather than later,” he told INN.

Following the US election in 2020, the momentum for cannabis businesses went on the upswing, as did company valuations, with the idea of expansion at the heart of it all, according to Mancheril.

Before starting Bespoke Financial, Mancheril spent his time learning from traditional investment banks where he worked on lending, fixed income and debt markets with Goldman Sachs (NYSE:GS) and with Guggenheim Partners.

Nawan Butt, portfolio manager with Purpose Investments, agrees with Mancheril. The financial expert told INN the ongoing legalization process seen in the US market is leading to expansion.

“It’s becoming more of a national move, then small pockets of proliferation. That’s very exciting about cannabis right now,” Butt, who acts as the co-manager of the Purpose Marijuana Opportunities Fund (NEO:MJJ), said.

This proliferation effect is causing a change in valuations and enthusiasm for US-based operations. Mancheril told INN that by the end of Q1 multi-state operators (MSOs) had raised approximately US$3.3 billion.

The cannabis lender said he sees the industry as having grown from the woes of 2019; it is now seeing a return to form by way of the excitement for an ongoing opening process in the US.

The expert explained there will be a windfall of capital in the wake of major federal changes for cannabis policy, although the timeline for this change is becoming increasingly hard to predict.

In the lead-up to that capital influx, Mancheril said he wants to see operators really drill down on the value of desired assets and whether they make sense.

“What I’d hope is that we continue to see continued bullish sentiment, but with some measure of responsibility, and let’s not just get over ahead of ourselves,” Mancheril told INN. “The idea is let’s minimize the volatility and continue growing responsibly.”

As far as the struggles go, Butt explained the cannabis industry has cemented itself as a growth-type sector, and as such there are macro environment pressures affecting the way these assets operate.

“We’ve seen this preference for cash flows at growth in the current or in the near future, rather than in the far future, and that’s what we’re seeing as far as valuations go in the broad market,” Butt said.

Despite the current potential of the industry and the growing pains it has gone through as a whole in both the US and Canada, volatility remains a key factor in the investment scene for cannabis.

Butt explained the current shareholder base still lacks enough institutional support to avoid the day-to-day volatility cannabis has been known for before.

“A lot of these institutions’ strategies are not about short-term profits, but they’re about long-term sustainability of the businesses themselves,” Butt said.

As such, hedge funds and retail investors still represent the dominant portion of the shareholder base for cannabis stocks. These two investor groups, Butt said, can be easily spooked and excited by the news of the day when it comes to their investments.

“That’s why you see a lot of volatility in the space and that’s essentially what we’ve seen over the past, I’d say, three to two months as well,” Butt said.

So for investors asking themselves when volatility will leave the industry, don’t expect that anytime soon.

“It’s not about whether we continue to expect volatility because we do,” Butt said. “We really think that the volatility will be taken out when the shareholder base becomes more institutional, but it’s really about understanding why there is volatility in the first place.”

A surge of merger and acquisition deals have taken over the Canadian cannabis sector as more producers see the potential within the American opportunity.

One of the biggest announcements in this regard was Organigram Holdings (NASDAQ:OGI,TSX:OGI) securing a C$221 million investment deal from British American Tobacco (BAT) (NYSE:BTI,LSE:BATS).

Using the funds, the two will work in tandem to develop new branded products designed to work at the international stage, including the US. Organigram CEO Greg Engel previously told INN, the US represents a critical opportunity for Canadian companies, but that entry point isn’t as clean as it could be at the moment.

While the long-term potential may be exciting for investors, Butt told INN he’s still unsure how the approach will work for the Canadians.

The Purpose Investments expert said there will be plenty of space for the biggest Canadian names to pursue US market entries, beyond the initial hemp-derived CBD ones some operators have done, since the US represents the biggest market in the world.

“What we do know is that currently the US MSOs are in a wonderful sort of position to expand on their market leadership that they have. And it will be tough for Canadians to come in and compete with them,” Butt said.

Canadians, however, still retain the upper hand at times in terms of valuation, which still confuses both Butt and Dan Ahrens, chief operating officer and portfolio manager at AdvisorShares.

“The performance in quarterly earnings of US companies has been rather spectacular. They’ve knocked it out of the park in most instances,” Ahrens told INN.

Butt praised the recent performance reports from MSOs across the board with year-over-year growth lines and projections for continued positive performance.

However, in his view the numbers still don’t reflect the value. “Those are really being discounted at this point,” Butt told INN.

Ahrens doesn’t see the same kind of stock performance match what the MSOs have been able to produce by way of their financial results.

The cannabis investment proposition finds itself at an interesting moment in time, as the entire sector eagerly awaits for US confirmation from a federal level.

While for some, the Canadians waiting on the sidelines, this development can feel like a major necessity to address current financial struggles, for others, US-based operators, the heat around the corner will represent an increase to their already thriving operations.

Trulieve Cannabis Corp. (“Trulieve” or the “Company”) (CSE: TRUL) (OTC: TCNNF), a leading and top-performing cannabis company in the United States will release its first quarter 2021 financial results on Thursday, May 13, 2021 before markets open. Following the earnings release, management will host a conference call at 8:30 AM Eastern Time to review the financial results. 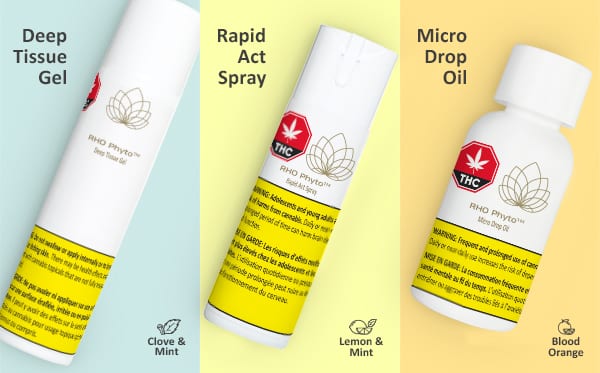 Lobe Sciences Ltd. (CSE: LOBE) (OTC Pink: GTSIF) (“Lobe” or the “Company”) is pleased to announce the appointment of Benjamin Kelmendi, MD, Assistant Professor of Psychiatry at Yale University School of Medicine, to its Scientific Advisory Board.

Ayurcann Holdings Corp. ( CSE: AYUR ) (the “ Company ” or ” Ayurcann “), a Canadian extraction company specializing in the processing of cannabis and hemp for the production of oils and various derivative products, is pleased to unveil further details of its Phase 2 expansion plans.

Ayurcann has commenced trading on the Canadian Securities Exchange (” CSE “) on April 8, 2021 and subsequently announced a private placement of up to $500,000 (” Financing “), as per the Company’s press release dated April 12, 2021. The proceeds of the Financing are intended to be used to further pursue Phase 2 of the expansion of the production capacity of the Company’s Pickering facility.