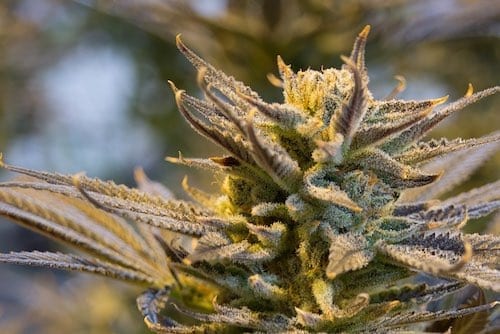 S&P Dow Jones Indices confirmed Canopy will replace Goldcorp in the large-cap index “prior to the open of trading on Thursday, April 18.”

The holding for the gold company in the index will be reassigned since the firm is set to be acquired by Newmont Mining (NYSE:NEM) in a deal worth US$10 billion.

According to the index operators, the S&P/TSX 60 “addresses the needs of investment managers who require a portfolio index of the large-cap market segment of the Canadian equity market.”

In addition to the swap between firms, Goldcorp will also be dropped from the S&P/TSX Composite Index.

Shares of Canopy quickly rose during Friday’s (April 12) trading session. In Toronto, the company was up 4.81 percent at 2:17 p.m. EDT, while in New York shares of the firm rose 4.22 percent.

The S&P/TSX 60 Index was also up on Friday with a marginal rise of 0.59 percent.

Bruce Linton, co-CEO of Canopy, said in a press release that the inclusion marks another “major accomplishment” for the company.

Canopy has marijuana operations in Canada, Latin America and Europe. The company has also announced expansion plans to the US to produce hemp and sell derivative products.

The Canadian Press reported that the resulting entity from the Goldcorp acquisition is set to pursue a new listing on the Toronto Stock Exchange.

On Thursday, shareholders of Newmont approved the issuance of common shares in relation to the acquisition offer for Goldcorp. However, the acquisition closing date has not been indicated.

“We thank Newmont’s shareholders for their overwhelming support for this compelling value creation opportunity as we build the world’s leading gold company,” Gary Goldberg, CEO of Newmont, said in a press release.

The Financial Post reported that Newmont’s acquisition of Goldcorp will create the world’s largest gold miner, and that the new company could produce 6 to 7 million ounces of gold per year over the next 10 years.

Some of the top stocks by weight in the index include Canadian banks Royal Bank of Canada (NYSE:RY,TSX:RY), Toronto-Dominion Bank (NYSE:TD,TSX:TD) and energy firm Enbridge (NYSE:ENB,TSX:ENB).

The index holds a total of only 60 constituents; these inclusions are meant to be seen as long positions.

Don’t forget to follow us @INN_Resource and @INN_Cannabis for real-time news updates!