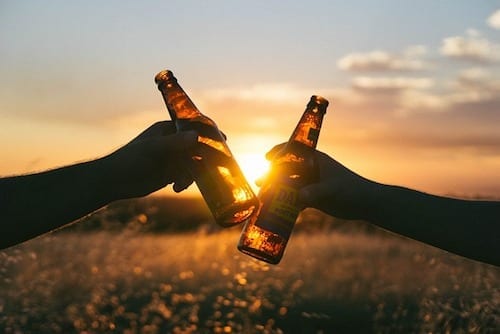 Tilray and Anheuser-Busch InBev SA/NV have partnered on the development of cannabis-infused beverages for the Canadian market.

This new deal cements the added interest from the beverage and other established industries into the cannabis space.

Tilray and AB InBev will invest up to US$50 million in the new venture. The collaboration will be overseen by Tilray’s recreational subsidiary High Park and AB InBev’s subsidiary Labatt Breweries of Canada.

Kyle Norrington, president of Labatt Breweries of Canada, said in a statement the company wants to stand by “the highest standards of product quality and responsible marketing” as Canadians begin consuming these beverages.

Edibles and infused products are scheduled to become legal in Canada at some point in 2019.

Brendan Kennedy, CEO of Tilray, said he was delighted for this partnership and will strive for a responsible approach to the creation and promotion of these drinks.

Shares of Tilray dropped during Wednesday’s trading session by 7.19 percent to a closing price of US$71 per share.

Meanwhile, shares of the parent company for AB InBev in New York rose a marginal 0.29 percent on after hours trading. Over a year-to-date period, stock of the beverage company has dropped nearly 40 percent.

The pursuit of the cannabis-infused beverage market is a crowded one with several leading LPs aspiring to serve this market, while a plenitude of smaller companies have also shares intentions to offer beverages.

Kris Dahl, VP of corporate development with Sproutly Canada (CSE:SPR), a company entirely focused on technologies for cannabis beverages, previously told the Investing News Network (INN) the problem with current cannabis beverages is it can take up to 30 or 45 minutes for the effects to kick in.

“Some people are impatient looking for that effect so they drink too much and when it finally hits, they are out of it for a long, long time,” Dahl said.

Similar to Hexo’s deal with Molson, Tilray’s joint venture will be managed by both the cannabis and beverage firms.

Unlike Constellation’s C$5 billion investment into Canopy, no shares or stake in the cannabis company are being exchanged in Tilray’s arrangement with its beverage partner.

Kennedy told the the Globe and Mail Tilray’s is not looking to be acquired at the moment and prefers the research deal in place.

This new deal comes on the heels of a new collaboration agreement between Tilray and generic pharmaceutical company Sandoz AG, a member of the Novartis (NYSE:NVS) group.