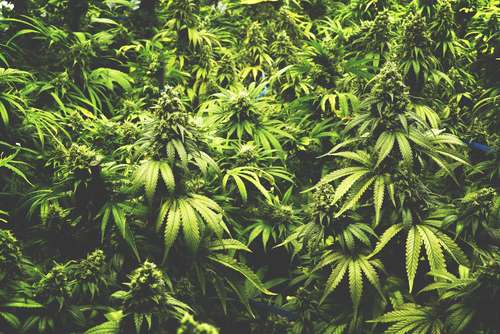 For PharmaCielo, the marijuana market in Latin America has proven to be a lucrative space, despite its youth.

Uruguay was the world’s first country to fully legalize cannabis use in 2013; since then, other nations in the region have begun to loosen their own cannabis laws, causing players in the public cannabis space to take note.

For one company, PharmaCielo (TSXV:PCLO,OTC Pink:PHCEF), the marijuana market in Latin America has proven to be a lucrative arena, despite its youth.

The Investing News Network (INN) spoke to the company’s chief corporate officer, David Gordon, about PharmaCielo’s moves in the nascent Latin American market following the legalization of public cannabis consumption, and its plans to move beyond the region.

Gordon said the pet care space remains an undiscovered realm for cannabidiol (CBD) and pointed to pet care as one of the next trends in the marijuana industry.

“Whether it’s (at) the industrial-level livestock or family pets, it’s an area that’s taken seriously. And as we explore it, it hasn’t been a primary focus for anybody at this stage,” Gordon told INN. “There’s very little done in the area, so we see a legitimate opportunity there for substantial growth.”

As a part of the agreement, PharmaCielo is subcontracting the production of anibidiol, a branded complementary feed for pets that contains CBD, to Creso Pharma (ASX:CPH). PharmaCielo acquired the Australia-based cannabis firm in June.

The four and a half year deal states that PharmaCielo will ship CBD extracts and oils as well as veterinary products to Adler, which will then be distributed in Uruguay, Paraguay, Bolivia and Southern Brazil.

PharmaCielo hasn’t been the only cannabis company to direct its focus toward furry companions.

Next Green Wave Holdings (CSE:NGW,OTCQX:NXGWF) has also stepped into the CBD pet care space by adding the CBD-infused Loki Love Biscuits to its portfolio.

Apart from a growing market for pet care, Colombia offers other benefits to cannabis firms. The country has increasingly become the darling of the cannabis industry, due in part to its ideal growing conditions.

Unlike their counterparts in North America and Europe, growers in Colombia aren’t hindered by having to maintain expensive, climate-controlled greenhouses, and labor costs are also much lower.

Other big names in the cannabis space, like Canopy Growth (NYSE:CGC,TSX:WEED), have moved into Colombia to take advantage of the perfect weather conditions.

Last year, the Ontario-based marijuana giant announced the opening of its Latin American subsidiary, Canopy LATAM. Through Canopy LATAM, the company acquired Spectrum Cannabis Colombia, currently headquartered in the state of Huila. The site boasts a 126 hectare farm and is licensed for 13.5 million square feet of cannabis production.

Gordon said PharmaCielo’s operations in the South American country are consistent and have resulted in more than five cultivation harvests a year.

Colombia’s medical cannabis space has been booming since legalization. According to an article in Biz Latin Hub, the country intends to produce 40.5 tonnes of cannabis per year from this year on and has set up licensing to support the legal framework for cannabis companies.

Gordon emphasized, though, that Colombia’s cannabis space is still in the early stages.

“The rules and rights around retail distribution within Colombia are still being clarified,” the executive told INN. He added there is a lack of clarity when it comes to product labeling and description.

“It is far from a mature marketplace, and there’s a lot of pressure on (the) government down there to address the regulatory side effects to clarify the marketplace requirements.”

It’s been roughly four years since Colombia legalized cannabis for medical and scientific use back in 2015. Since then, there have been further moves to define rules around the drug.

In June, Colombia’s Constitutional Court overruled a ban on the public consumption of marijuana, which originally served as part of President Iván Duque’s 2017 Police Code.

In an interview with Forbes, Sandra Carrillo, a Colombian doctor and medical cannabis expert, called the law “badly written.”

The law was criticized for being unduly strict, holding public consumption of beer and selling cocaine near schools in the same regard.

“The government needs to think through and create a fair and reasonable regulatory regime, instead of repeating the mistakes of the past,” said Carrillo.

While Duque has been vocal about his anti-cannabis stance, allowing people to consume cannabis freely may be the next step to full legalization.

PharmaCielo became the first medicinal cannabis company to export cannabis isolates from Colombia to Switzerland, the company said in August, after shipping CBD to the Swiss headquarters of Creso Pharma.

“We established our operations in Latin America, in Colombia specifically, with a view to the global marketplace,” Gordon said.

Gordon told INN that now the company has figured out the various requirements needed to export from Colombia, a second shipment is set to be exported to Switzerland in the coming months.

When asked about other plans moving forward, he mentioned that PharmaCielo has pending announcements about its work in Colombia’s domestic cannabis market as well as Canada’s market.

Switzerland isn’t the only European market PharmaCielo is pursuing, according to Gordon. The executive said his company is in discussions with players in the UK, Germany and Italy.

Editorial Disclosure: Next Green Wave is a client of the Investing News Network. This article is not paid-for content.