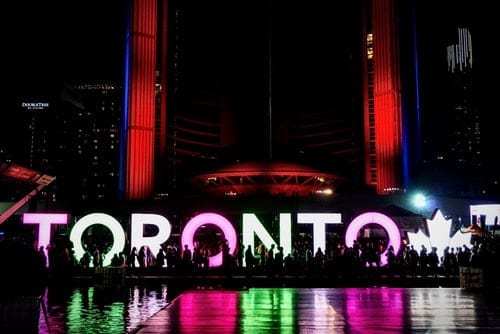 Did you miss the Lift Cannabis Business Conference in Toronto? Here’s a recap of what happened during the first day of the show.

During the day, a collection of panelists involved in the marijuana business took to the stage to discuss the current issues and changes in the market.

Some of these projections and comments came from Vivien Azer, managing director for consumer research in the beverages, cannabis and tobacco markets for Cowen (NASDAQ:COWN). She believes that edibles and infused products won’t become available in Canada before the end of the year.

“I would be very, very surprised if there’s ingestible cannabis in Canada for sale at any point in 2019,” Azer said.

During a separate panel on what Canadian companies can do to capitalize on the legalization path the US has gone through, Azer suggested that there is a roadmap ahead for US President Donald Trump to legalize marijuana in some form.

“We think that the administration could very well (do it) … it really just comes down to timing,” the analyst said.

Azer explained that Trump might feel compelled to increase his polling numbers closer to the 2020 election and work alongside Senate Majority Leader Mitch McConell to pass some form of legalization program or the much anticipated STATES Act.

The STATES Act is a proposed bill that would create protections at the federal level for operations made legal by policies at the state level.

During a fireside chat, Mark Zekulin, co-CEO of Canopy Growth (NYSE:CGC,TSX:WEED), explained how important it is for the firm to share its IP and brands with Acreage Holdings (CSE:ACRG.U,OTCQX:ACRGF) as part of a proposed acquisition deal.

An audience member asked Zekulin if the company will acquire more brands in the US; while the executive said the focus is to grow Canopy’s existing brands, he admitted the company won’t be blind to thriving products in markets such as California.

Investors in attendance also heard about the possibility of companies entering the European market.

Deepak Anand, CEO of Materia Ventures, said many companies still fail to understand how significant and complicated obtaining an EU-GMP certification status is for any expansion plans in Europe.

Guillermo Delmonte, a former Organigram Holdings (NASDAQ:OGI,TSXV:OGI) executive, said that securing this status is a laborious, complex task that will take any company a long time.

Delmonte, who is now chief operating officer and president of RAMM Pharma, said he is surprised whenever a company lists an expectation of securing an EU-GMP certification in six months or less.

When asked about the benefits of participating in the European market, Anand said from a capital markets point of view investors are looking for international strategies from companies.

Anand said that he expects Europe to become the largest cannabis market in the world.

At the end of the session, the event’s host, Deborah Rosati, who is CEO of Women Get on Board, asked the panelists what they wish could change in the current cannabis market.

Amanda de Freitas, board member for the Redfund Capital (CSE:LOAN,OTC Pink:PNNRF) and a marijuana compliance expert in Canada, answered by asking for more attention from the capital markets for late-stage licensed producers needing support for a last push.

“Our domestic markets, we have a little bit of a shift from our domestic capital markets into the European markets and global markets,” she said.