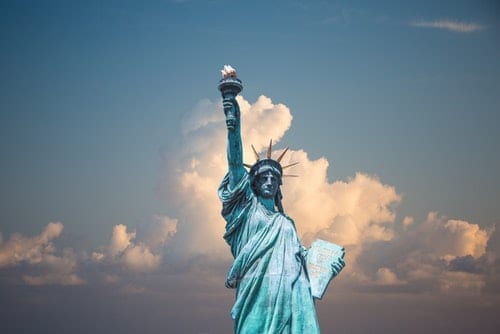 US Senator Chuck Schumer introduced new legislation on Thursday seeking to decriminalize cannabis in the US federal system, continuing a legalization movement in the US.

A new bill was introduced on Thursday (June 28) by a leading Democrat in the US Congress seeks to completely decriminalize cannabis.

US Senator Chuck Schumer (D-NY) presented his plan to legalize cannabis across the federal level, unlike the bipartisan bill introduced earlier this month by Senators Elizabeth Warren (D-MA) and Cory Gardner (R-CO), which protected businesses from federal prosecution.

“This legislation is simply the right thing to do and I am hopeful that the balanced approach it takes can earn bipartisan support in Congress and across the country,” Schumer wrote in a statement.

Dubbed the “Marijuana Freedom and Opportunity Act,” this bill will remove cannabis from the list of schedule substances under the Controlled Substances Act (CSA). According to its introduction the bill will still allow the states to decide how to regulate cannabis.

A movement of legalization has been gaining momentum throughout the US following an uneasy period of time after Attorney General Jeff Sessions eliminated the Cole memorandum, a government guidance allowing states to dictate their own cannabis law.

Senator Gardner was able agree on a deal with US president Donald Trump, who conceded on allowing the states run their cannabis operations freely. Cannabis has been legalized by nine states both for adult-use and medical, while 29 have legalized it for medical purposes only.

Another major moment for the legalization and establishment of the legal cannabis industry came earlier this year when former Speaker of the United States House of Representatives John Boehner joined the board of advisors for Acreage Holdings, a private US-focused cannabis operator.

US operators seeking to raise capital in a favorable investor landscape have made the Canadian Securities Exchange (CSE) their home. Thanks to the potential regulations change, investors and analysts are bullish on these stocks.

In a newsletter emailed to subscribers cannabis analyst with 420 Investor Alan Brochstein wrote the “changing of the political winds out of Washington” have allowed a change in how companies and investors “are thinking about risk.”

Barrington Miller, director of listed company services for the CSE told the Investing News Network (INN) the Canadian exchange has seen an increased momentum for cannabis stocks thanks to the changing ways in the US.