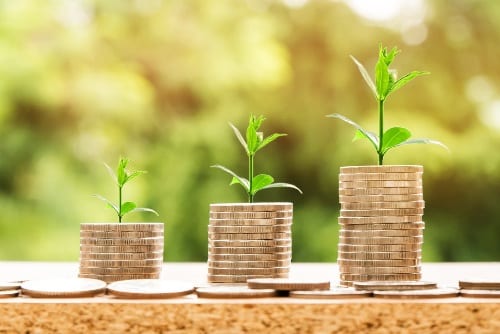 Higher revenue from US-based MSOs could close the valuation gap between companies in the US and their Canadian counterparts.

During earnings season for the cannabis sector, some US-based companies are taking aim at Canadian marijuana firms, claiming that poor results from their neighbors to the north have driven down the entire industry.

The US cannabis market continues to trend towards rapid growth, with two multi-state operators (MSOs) putting up impressive numbers with the release of their quarterly results this week.

Growing revenue generation from US-based MSOs is something some analysts have suggested could close the valuation gap between companies in the US and their Canadian counterparts in the face of recent middling results from Canada’s cannabis giants.

The firm reported quarterly revenue of US$70.7 million, representing 22 percent quarter-over-quarter growth from the US$57.9 million it generated in Q2 2019.

The results exceeded analysts’ expectations, according to BNN Bloomberg.

The company also saw 19 percent growth in its patient numbers, attributed largely to the legalization of smokable flower, while also expanding its footprint across its home state with the addition of six more dispensaries in Florida.

During a call with investors and analysts, CEO Kim Rivers said while the firm is interested in increasing its market share across the US, it “will not grow for growth’s sake.” This decision has pushed Trulieve to launch an organic growth team tasked with applying strategically for cultivation and production licenses in undisclosed states.

Rivers went on to say the discouraging results from larger Canada-based cannabis producers are to blame for the pressure felt across the wider cannabis space since the summer of 2019.

“Their financial losses, writedowns and negative revenue trends are causing investors, both institutional and retail, to increasingly demand better results and holder value,” she said.

One such company is Aurora Cannabis (NYSE:ACB,TSX:ACB), which took a beating in the market after coming up short with revenue and freezing construction at two of its cultivation facilities.

Trulieve still holds the top spot in Florida, one of the key states in the US according to analysts, when it comes to sales.

The company sold over 36 million milligrams of medical cannabis from November 8 to 14, as per the most recent information from the state’s Office of Medical Marijuana Use. The next largest seller, Surterra Wellness, is a distant second place having sold 9.3 million milligrams.

Ayr reports revenue growth in the face of vape ban

The firm also announced it tightened losses from operations to US$10.7 million, down from US$20.1 million in the previous reporting period.

Jonathan Sandelman, CEO of Ayr, credited the company’s market share in Massachusetts for the quarterly growth seen. Monthly revenues for Ayr’s wholesale cannabis business in the eastern state have nearly tripled since the company’s qualifying transaction in May, the executive said.

Ayr CFO Brad Asher said the company generated US$4.2 million in cash flow from operations in Q3 to reinvest into funding cultivation expansion in Massachusetts and Nevada. That will more than double cultivation square footage for facilities in the two states.

Like Rivers, Sandelman went on to say the health of his firm contrasts with the struggle of the downtrodden cannabis sector.

“The capital markets are effectively closed for cannabis companies. Companies cannot raise any meaningful amount of cash and what they can raise is small amounts at very high capital costs,” he said, adding that Ayr’s cash flow gives it an upper hand.

Sandelman also said, however, that the company is preparing for volatility with added complexities in the fragmented regulatory environment in the US.

The cannabis space in one of Ayr’s key markets, Massachusetts, took a hit when the state’s governor put a four month ban on vape products in response to a growing vape-related health crisis.

Chief Operating Officer Jennifer Drake said the firm faced order cancelations in the aftermath of the ban, but the company is still aiming to reach its revised 2019 revenue projection of US$120 million to US$130 million, which was released on the same day the ban was announced.