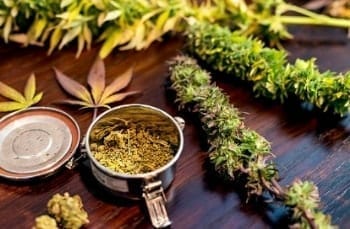 The introduction of advertising regulations with support from Advertising Standards Canada (ASC) to be adopted in the branding and promotion of cannabis.

In a move set to show a unified front against poor advertising tactics, 16 Canadian licensed producers (LP) announced, on July 21, the introduction of advertising regulations with support from Advertising Standards Canada (ASC) to be adopted in the branding and promotion of cannabis.
This grouping is supported by the Canadian Medical Cannabis Council and the Cannabis Canada Association, who together presented a proposal to the regulatory agency in the area: Advertising Standards Canada. This group seeks the creation of strict guidelines for all current and future LP’s involved in the upcoming legalization of cannabis in Canada in coordination with the federal, provincial and municipal governments all across the country.
The main reason behind the request for regulation comes as a way to guarantee the safety of younger people while the LPs seek a way to “compete effectively” against the illegal market in Canada.
“All licensed producers agree on the need for adult-focused branding – such as colored lettering and logos for cannabis products. They are aligned that these elements should not appeal to those under a province’s designated legal age,” a joint statement  from the two organizations indicated.
As part of this campaign, LPs are hopeful to also teach legal consumers on their products and for them to be capable of noticing the differences between cannabis sold through the legal and illegal methods.

“As the federal government moves to legalize cannabis for responsible adult consumption, it is critical that Licensed Producers can push back against Canada’s thriving illegal market.”

As part of a recent report on the Toronto Star, various executives and industry insiders had already expressed a wish for tougher regulations in order to protect children and better inform potential clients
“This will be a good business on any basis, there’s no need for anybody to play any unpleasant games and promote it irresponsibly, so let’s get the responsible business guidelines in place right now,” Cam Battley, executive vice president with Aurora Cannabis (TSX:ACB) said.
Vic Neufeld, CEO of Aphria (TSX:APH) told the outlet that his company would be “comfortable” with heavily regulated rules in the advertising landscape, including ones with penalties.
Executive director of the Canadian Public Health Association, Ian Culbert also told the Star the preference of the group would be a complete ban on advertising.
Dr. Jeff Blackmer, medical professionalism vice-president with the Canadian Medical Association, said the industry already had enough attention on it that the need for advertising seemed unnecessary.
“People will be well aware of the fact that this is available and they’ll be able to make an adult choice without that advertising,” Dr. Blackmer said.
The collection of certified Canadian LPs includes:

Opinions on the matter of advertising and spokespeople for cannabis companies are far ranging and seemed unfocused until the formation of this group. It will be interesting to keep an eye on the ASC for future updates on what sanctions could look like if the guidelines are implemented.
Don’t forget to follow us @INN_LifeScience  and @INN_Cannabis for real-time news updates!
Securities Disclosure: I, Bryan Mc Govern, hold no direct investment interest in any company mentioned in this article.
Editorial Disclosure: WeedMD and The Green Organic Dutchman are clients of the Investing News Network. Canopy acquired Mettrum a client of the Investing News Network. This article is not paid-for content.