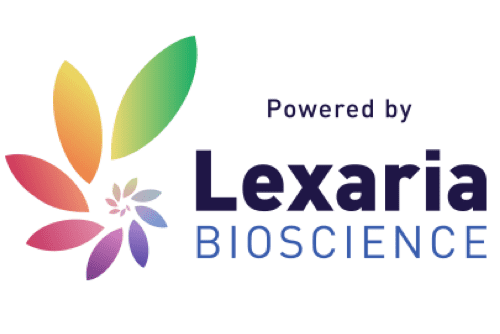 A primary goal of the R&D Program was to determine whether Lexaria’s DehydraTECH technology causes the formation of a new molecular entity (“NME”) through its processing. The Company is very pleased to report that all evidence aligns that no covalent-bonded NME is created with Lexaria’s technology. Technologies or processes, including certain forms of nanotechnology, that do create an NME are often burdened with much more extensive regulatory hurdles from agencies such as the FDA or Health Canada, to prove that the NME is safe for human consumption.

The R&D Program involved the preparation of over 50 formulations utilizing Lexaria’s DehydraTECH methodology and 33 of these were selected for in-depth analytical examination. Active pharmaceutical ingredients (“APIs”) tested included both THC and CBD from cannabis extract, pure nicotine, nicotine polacrilex, and pure ibuprofen. Formulations also tested both long chain fatty acid (“LCFA”) and a medium chain triglyceride (“MCT”) oils (as well as combinations of both oils together).

Analytical work included extensive use of liquid chromatography high-resolution mass spectrometry (“LC-HRMS”), nuclear magnetic resonance (“NMR”), and Fourier transform infrared (“FTIR”) spectroscopy. NMR was utilized as the main analytical technique due to its quantitative nature and ability to directly characterize the molecular construction of formulated products. The NMR and FTIR analyses demonstrated no shift in the spectral positioning of the API’s for all formulations tested, providing nearly incontrovertible evidence of a lack of any covalent-bonded NME.

In a 2016 report from the American Dental Association (www.ada.org) it was noted that 354 of 379 (or 93%) popular beverages commonly sold in retail stores, have a mildly acidic pH of 4.0 or lower. Many flavored beverage products from Gatorade, Powerade, Dasani and others have a pH of 2.73 to 3.05. The R&D program also tested Lexaria’s formulations at highly acidic levels of pH 1.12 and mildly acidic levels of pH 4.82, and the Company is delighted to report no chemical modification or presence of degradation of the API’s for both of the formulation classes analysed in this aspect of the program: cannabinoids and nicotine polacrilex.

Other formulation technologies by third parties that have not been tested for pH stability cannot be relied upon to deliver stable quantities of the API in question within an acidic beverage. Since mildly acidic formulas are used in the vast majority of beverages sold in North America today, pH stability testing is a necessary aspect of safely delivering cannabinoids within popular beverage formats and Lexaria’s technology is now proven capable of doing so.

The R&D Program was first announced on February 8, 2017, and although the specific goals within it have been achieved, an ongoing working relationship continues between the NRC and the Company to achieve new objectives. Additional studies underway with the NRC include studying nicotine polacrilex formulations for purposes of determining what other interactions may be occurring at a molecular level between the API and the fatty acids used in the DehdyraTECH™ processing methodology that may contribute to the improved pharmacology/performance of DehydraTECH™ formulations and our understanding thereof.

Lexaria extends its thanks to the talented and hard-working men and women at the NRC for their dedication and thorough scientific evaluation of Lexaria’s groundbreaking and patented DehydraTECH technology and formulations.

Lexaria Bioscience Corp. has developed and out-licenses its disruptive delivery technology that promotes healthier ingestion methods, lower overall dosing and higher effectiveness of lipophilic active molecules. Lexaria has multiple patents pending in over 40 countries around the world and has patents granted in the USA and in Australia for utilization of its DehydraTECHTM delivery technology. Lexaria’s technology provides increases in intestinal absorption rates; more rapid delivery to the bloodstream; and important taste-masking benefits, for orally administered bioactive molecules including cannabinoids, vitamins, non-steroidal anti-inflammatory drugs (NSAIDs), nicotine and other molecules.