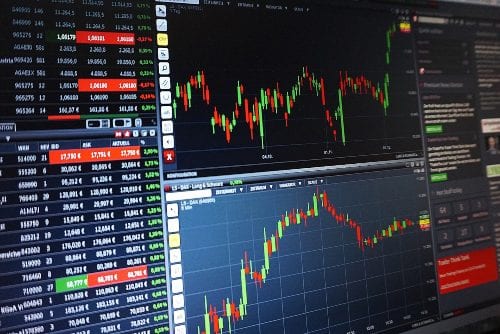 The leadership team of embattled cannabis producer HEXO (NYSE:HEXO,TSX:HEXO) is blaming the lagging pace of store openings in key Canadian provinces for its disappointing quarterly results.

The Quebec-based cannabis company reported a net loss of C$62.4 million in its fiscal Q1 2020 results, released on Monday (December 16). That’s a 10.1 percent rise from the C$56.7 million net loss reported during Q4 2019 and a significant jump from the C$12.8 million net loss in the same period last year.

HEXO’s share price dropped 7.6 percent in New York from market close on Friday (December 13) to the start of the trading session on Monday, when it opened at US$2.08. HEXO experienced a similar drop of 7.8 percent from Friday’s close to Monday’s open in Toronto.

During an earnings call with investors and analysts, HEXO CEO Sebastien St-Louis mentioned that revenue growth continues to be hindered by “slower-than-expected” store openings in key provinces, a now common move by Canadian marijuana executives.

“We don’t believe that the retail channel will be substantially built until the end of 2021 or partway through 2022. The illicit market channel will continue to thrive until retail access is brought to the majority of Canadians,” he said.

Ontario, a key segment of Canada’s marijuana space, has signaled that it’s ready to address its limited number of marijuana retail options.

Last Thursday (December 12), the province issued a statement announcing that it will be getting rid of the cap on cannabis stores in the province and opening up the application process for prospective cannabis retailers in January 2020.

“We have said all along that opening more legal stores is the most effective way to combat the illicit market, protect our kids and keep our communities safe. That is our number one priority,” said Attorney General Doug Downey in a statement.

St-Louis also discussed HEXO’s “aggressive” stance on pricing in an effort to increase its market share with the launch of it value brand, Original Stash, and the toll it’s taken on revenue generation.

Price down, gross margins shrinking, CY not FY20 for EBITDA b/e (based on unlikely 1000 stores)

“While this has affected our net revenue and our gross margin over the last quarter, we feel that by doing this we’ll be able to significantly reduce the levels of unsold products currently in the supply chain, improve overall sell through and continue to increase our market share across the country,” he said.

To prepare for Cannabis 2.0, the firm is planning on devaluing some of its assets to balance out its inventory needs.

“We’ve taken a hard look at our forecasts, demand-based planning needs and current inventory levels. In light of the changes in demand and downward pressure on the price of dried flower and the wholesale market, we’ve impaired our inventory this quarter by C$25.5 million,” St-Louis told investors. “By addressing these issues now, we’re looking to provide greater transparency to our investors and more accurate financial statements.”

He added that the firm is dedicated to becoming earnings before interest, taxes, depreciation and amortization (EBITDA) positive within the 2020 calendar year. The EBITDA figure has become a leading metric for cannabis companies when indicating benefits to investors.

Stephen Burwash, CFO of HEXO, said that gross margin before fair value adjustments for Q1 2020 came to C$4.6 million, a decrease compared to the C$5.1 million reported in Q4 2019, though he added the company expects higher margins once Cannabis 2.0 products are launched.

Updates on HEXO’s performance and operations

HEXO took a hit after telling investors in November that it had discovered illegal cannabis production at its facility in Niagara, Ontario, in a room that was inadequately licensed.

As part of Monday’s quarterly update, the company confirmed that the total inventory from the unlicensed growing operations was reassessed and has been cleared for sale, rather than facing destruction. The area in question is also now fully licensed.

HEXO has recently been under pressure after a series of missteps for the company, including the retraction of its 2020 guidance; it had initially projected revenue of C$400 million for its 2020 fiscal year.

Pharma Faces Challenges Due to Policy Uncertainties
Delta 9 Secures Supply Deal and Investment from Auxly
Renforth Drills 1.25 g/t Au over 7.5m at a Vertical Depth of 330m in a 110m Western Step Out on the Piché Volcanic Mine Vein Sequence at New Alger
The Health of Elixinol Global