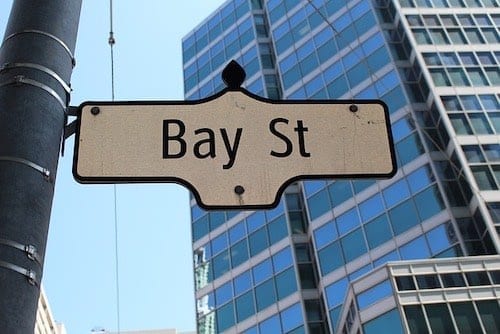 The company announced it will begin trading on the Canadian Securities Exchange in order to freely pursue the US and global CBD markets.

In order to pursue a global cannabidiol (CBD) hemp market LiveWell Canada will transition its public shares to a different exchange.

LiveWell Canada (TSXV:LVWL) announced on Monday (November 26) it will delist its stock from the TSX Venture Exchange (TSXV) in favor for the Canadian Securities Exchange (CSE).

Shares of LiveWell have been listed on the CSE under the same ticker symbol starting on Monday and will delist from the TMX Group exchange “in the near future.”

This move is due to the restrictions the TMX Group regulators have put in place for businesses with intentions in the contentious US market.

The Quebec-based company is looking to make a play in the US market with hemp-derived CBD products for wellness consumers.

“With the CSE listing, LiveWell is now positioned to pursue CBD opportunities not only in Canada, but globally… Listing on the CSE versus the TSXV allows us to take advantage of that,” David Rendimonti, president and CEO of LiveWell, said.

Shares of LiveWell on the TSXV dropped 1.20 percent in value near the end of the trading session on Monday, and reached a price of C$0.82.

The CSE has elected to not block listings to pursue business operations in the fractured US cannabis market despite the overall federal status of the drug.

Unlike its exchange competitors in Canada, the CSE has approved and encouraged the listing of several US-focussed cannabis or related companies.

During a panel at the Arcview Investor Forum in Las Vegas in mid-November, Richard Carleton, CEO of the CSE, told the audience the exchange had 52 US-related cannabis listings.

The executive added the exchange has raised C$1.5 billion for US cannabis companies throughout the year to the month of October, a figure he clarified was constantly changing with new listings.

“The CSE embraces transforming companies like LiveWell who are growing beyond the Canadian borders,” Rendimonti added.

LiveWell is banking on the potential for the CBD market in the US following the approval of the Hemp Farming Act of 2018.

This legislation introduced by Senate Majority Leader Mitch McConnell (R-KY) seeks to remove hemp from the controlled substances list as a Schedule I drug.

“Younger farmers in my state are particularly interested in going in this direction. We have a lot of people in my state who are extremely enthusiastic about the possibilities. As we all know, hemp is very diversified,” McConnell said in a CNBC report.

LiveWell shared with investors data from the Brightfield Group of Chicago currently estimates the North American CBD from hemp market may be worth US$22 billion by 2022.

The move to ditch the TSXV exchange in favor of a more welcoming one to US assets isn’t a new one.

In February, Maple Leaf Green World (NEO:MGW) announced it would voluntarily delist from the TSXV in order to move its Canadian shares to the Aequitas NEO Exchange.

This was done as the company wanted to retain its Nevada assets.

Dale Shirley, investor relations for Maple Leaf Green World, told the Investing News Network (INN) at the time, the US side of the company was “a big piece of the company” and divesting it was not an option.

“As a company deeply entrenched in the North American cannabis sector, it was important for management of the Company to select to partner with an exchange that has clear views on where it stands in relation to the industry,” Maple Leaf told investors.

In a statement at the time, the TMX Group said it asked its applicants and existing issuers to follow its requirements issued in a notice in October 2017.