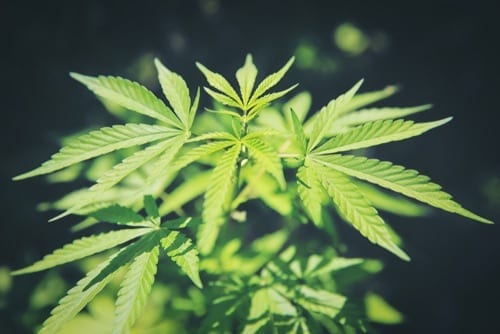 During the past trading week (June 10 to 14), the Canadian government announced the edibles and infused marketplace will be available by the end of 2019.

A new plan from a marijuana producer to lock up a majority of its shares made headlines, while the expansion of a credit card program from a US-based marijuana operator also caught attention.

Edibles in Canada coming in mid-December

As part of the legalization of cannabis, Canada unveiled its final set of regulations for the introduction of edible and infused products. On Friday (June 14), the government confirmed the regulations will come into force on October 17, a year after the first round of legalization in Canada.

“As required by the Cannabis Act, the amended regulations will come into force on October 17, 2019. However, it will take time, after that date, before new cannabis products become available for purchase,” Health Canada said in a release.

According to the government, the earliest these products will be sold is December 16, 2019. The launch will see a limited selection of products that will appear “gradually” in both physical retail and online portals, said the government.

“Additionally, as with any new regulatory framework, federally licensed processors will need time to become familiar with and prepare to comply with the new rules, and to produce new products,” the government said. “Provincially or territorially authorized distributors and retailers will also need time to purchase and obtain the new products and make them available for sale.”

The government confirmed the full regulations will be published and shared with the public on June 26, 2019. Edible products will face a limit of 10 milligrams of tetrahydrocannabinol (THC) per package.

Similar to the first round of legalization, all of these new products will face heavy restrictions on packaging and promotion.

In a recent report projecting the value of the upcoming Canadian edibles and infused market, Deloitte indicated the start of this market will be tumultuous to consumers.

“There will be missteps, delays, and frustration,” Deloitte states in the document. The projection from the research gives a value of C$2.7 billion per year to the total edibles and infused space, with edibles accounting for C$1.6 billion.

“According to our research and stakeholder interviews, much of this economic boost will be on top of current cannabis product spending,” Jennifer Lee, partner at Deloitte and the firm’s cannabis leader for Canada, said in a press release.

An unreleased consumer study from Lift & Co. (TSXV:LIFT,OTCQB:LFCOF) and EY indicates the edibles market will attract 1.5 million new consumers to the market.

One of the presenters of the new study, Ashley Chiu, EY’s cannabis strategic growth and risk leader, told the Investing News Network that a wide margin of consumers will be entering the edibles market without a lot of information on the products and the effects of these.

Because of this lack of information, budtenders will play a crucial role in the education of consumers, according to Chiu.

MSO expands credit card program in the US

On Thursday (June 13), New York-based multi-state operator (MSO) Columbia Care (NEO:CCHW) announced it will broaden the reach of its exclusive Columbia National Credit program (CNC Card) in the US.

Under this program, consumers can apply for a unique credit card that works for cannabis purchases in dispensaries owned by the MSO. After an initial test run in New York, the firm aims to have the program ready in Delaware, Pennsylvania, Illinois and Arizona by the end of June.

“Based on our success in New York … we are confident that the CNC Card has the potential to be a significant value add for the company and for all of our customers who look to us for reliable and convenient high-quality health and wellness options,” Nicholas Vita, CEO of Columbia Care, said in a press release.

The firm indicated that, since introducing the card in New York, the “average basket size for in-store purchases” has gone up by 18 percent.

In an attempt to combat speculation on its stock performance, Tilray (NASDAQ:TLRY) announced an intricate agreement with its leading shareholder Privateer Holdings.

According to a new arrangement between the two firms, Tilray will acquire Privateer in what is referred to as a downstream merger. After the acquisition is completed, Tilray will issue Privateer shareholders a new set of the marijuana firm’s shares. These new shares will be placed on lockup for a two year period.

“We believe this transaction will give Tilray greater control and operating flexibility, while allowing us to effectively manage our public float,” Mark Castaneda, chief financial officer of Tilray, said in a press release.

2 responses to “Cannabis Weekly Round-Up: No Canadian Edibles Until December”