Cronos Prepares to Launch on the Nasdaq Exchange

Cronos Group (TSXV:MJN) celebrated the start of the week by accomplishing something none of the other major Canadian licensed producers (LPs) have done so far–earning a listing on the Nasdaq Global Market.

Cronos’ shares will begin trading on the prestigious American exchange on Tuesday (February 27), under the symbol “CRON.” The company announced it will maintain its TSX Venture listing alongside the new Nasdaq option.

“We believe this will increase long-term shareholder value by improving awareness, liquidity, and appeal to institutional investors,” Mike Gorenstein, CEO of Cronos Group said in the company’s announcement.

The public marijuana industry has been on a path of legitimizing itself to generalist investors in order to obtain a wider margin of would-be shareholders. One of the biggest developments in this area was last year’s blockbuster investment deal from Constellation Brands (NYSE:STZ) into Canopy Growth (TSX:WEED) for 9.9 percent equity of Canopy worth $245 million.

Now, Cronos’ entrance into one of the premier exchanges in the world provides a signal of the emergence of the cannabis market.

The company currently maintains a “Hold” rating on TipRanks, based on the analyst consensus of Matt Bottomley with Canaccord Genuity, Martin Landry with GMP Capital and Jason Zandberg with PI Financial. Most recently, Bottomley raised the one-year price target for Cronos, while maintaining his “Hold” recommendation.

“With international markets continuing to develop (along with Cronos’ international strategy), we have elected to add incremental value into our SOTP (sum-of-the-parts) analysis to account for Cronos’ increasing international reach,” Bottomley wrote in his note, in which he raised the one year price target for Cronos from $4.15 to $6.

In a recent Ask Me Anything segment on the weed stocks subreddit, Gornstein answered to a question about the approach of the company compared to the rest of the LPs in Canada.

“We’re focused on creating value not empire building,” Gornstein said, adding the company targets the most strategic and highest ROI (return on investment) options for them.

After the markets closed shares of Cronos had seen a 1.13 percent increase to its share price on the TSXV over a year-to-date period, to $9.85. Monday’s announcement resulted in a 10.80 percent rise for Cronos during the trading day.

“Our approach, is that unless there is a strong synergy, if investors want exposure to different verticals we will leave it to them to evaluate and pick their own investments,” Gornstein said. 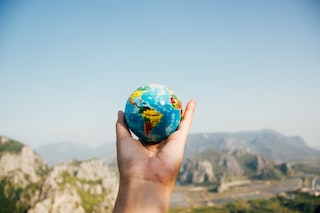 This year, Cronos announced the launch of its Australian venture, by creating separate company under its umbrella. Cronos Australia will be led by people selected by the company.

During an investor call Rodney Cocks, CEO, and director of the new Australian venture said the patient population in Australia was expanding thanks to favorable laws and support for these alternative treatments.

Current patients who have access to cannabis treatments must belong in two very specific patient groups: pediatric epilepsy and palliative care patients. A report from 2016 by research firm Deloitte indicated these two groups represented over 30,000 patients.

“I think what we’ve seen in the market is an increased rate of voices and momentum around medicinal cannabis access for patients beyond those two patient groups,” Cocks said during the investor call.

Cronos also holds interests in Israel, via a similar separate venture. In Germany, the company has a partnership that gives it access to 12,000 pharmacies with manufacturer and supplier Pohl-Boskamp.

Cannabis investors have been waiting patiently when the companies in this space move into the most established exchanges available. A wide variety of Canadian producers list on the popular OTC Best Markets as well, but on the Nasdaq, Cronos will find a wider range of investors.

Editor’s Note: This story was updated to reflect the final percentage and price changes for Cronos once the markets closed on Monday

The Portnoy Law Firm advises investors that class action lawsuits have been filed on behalf of investors in the following publicly traded companies. Shareholders interested in taking an active role in these cases have until the deadlines indicated below to petition the court. There is no cost or obligation to you. See below for more information on these cases.

Khiron Life Sciences Corp. (“Khiron” or the “Company”) (TSXV: KHRN ), (OTCQX: KHRNF), ( Frankfurt : A2JMZC), a vertically integrated cannabis leader with core operations in Latin America and Europe welcomes the passing of adult-use cannabis legislation by the Mexican Senate, which moves the country closer to a legalized cannabis market, and towards provision for medical cannabis products.  Khiron has had a presence in Mexico since 2018 and has been working with doctors and medical institutions to develop a deep understanding of the market.