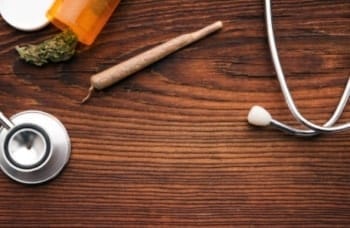 Cronos Australia is a joint venture, split evenly between the Canadian company and NewSouthern Capital, that will become the company’s hub for their planned market entrance in New Zealand and Southeast Asia.

When it comes to international opportunities, Canadian companies in the cannabis space have been proactive in attempts to create deals and partnerships with foreign companies. Few, however, have been able to fully set up shop–until now. On Monday (February 5) Cronos Group (TSXV:MJN) announced the official launch of its Australian endeavor, Cronos Australia.

Cronos Australia is a joint venture, split evenly between Cronos Group and NewSouthern Capital that will become Cronos’ hub for its planned market entrance in New Zealand and Southeast Asia.

As part of this enterprise, a new 20,000 square feet production facility will be constructed to support an annual production capacity of 2,000 kilograms. However, during an investor’s call on Monday, Cronos Group CEO Mike Gorenstein said that will be expanded in the future.

Gornstein said the Australian cannabis market is still in its infancy and it resembles the Canadian one from a few years ago.

As it currently stands, Cronos plans to offer their Peace Naturals’ medicinal cannabis products–if it obtains a critical import license– to the existing patient population. As explained by Rodney Cocks, CEO, and director of the new Australian venture, this currently consists of two different groups but is hoping to expand that number.

Despite plans for increasing the patient population for medical cannabis, Cocks said currently only pediatric epilepsy and palliative care patients have access to the drug. These two groups, according to data from Deloitte in 2016, represent a little over 30,000 patients.

Cocks said he believes that number is larger now, but wouldn’t disclose how many they are in the company’s estimation. He said they will be updating those numbers in the coming months.

“I think what we’ve seen in the market is an increased rate of voices and momentum around medicinal cannabis access for patients beyond those two patient groups,” Cocks said during the investor call.

While he said the Australian market parallels that of Canada’s, Cocks explained the current Australian market has the advantage that it can mimic it faster to where it is now. “The pace of change will certainly increase,” Cocks described when comparing the two markets.

The company is awaiting a confirmation for a manufacturing license in the next few weeks. Later asked if there could be any delays in getting a critical import license, the company said it expected no problems obtaining it.

As part of its January cannabis market update, a report issued by Canaccord indicated Cronos held a 6.9 percent share on its own cannabis index. The Canaccord Genuity Cannabis Index is comprised of 12 cannabis companies including Canopy Growth (TSX:WEED) and Aurora Cannabis (TSX:ACB) as the two largest holders with 28.6 and 26.3 percent weight respectively.

After its most recent quarterly update in November, Beacon Securities analyst Vahan Ajamian said the company’s development and production capabilities had “planted the seeds” for them to become a “true global player.”

Despite seeing an initial dip in the early trading hours, Cronos quickly increased its volume of trading. On Monday shares of Cronos closed at $7.36 per share, a 7.45 percent rise to start its trading week.