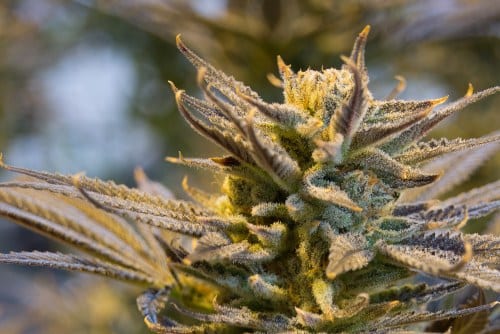 INN takes a look at some pressing influences on the Australian cannabis space and stocks in the market available for investors.

The Australian legalization of medical cannabis in 2016 launched a flood of companies to the Australian Stock Exchange (ASX), leading investors to ask just which cannabis stocks to watch on the ASX.

Australia’s marijuana sector is young, but with a growing patient base and the possibility of recreational legalization on the horizon, the investment options in the country could prove to be full of opportunity for investors.

Here the Investing News Network takes a look at some of the most pressing influences on the Australian cannabis space and some stocks in the market available for investors.

Cannabis Stocks to Watch on the ASX: What’s affecting share prices on the ASX?

The global cannabis space has been hit hard over the summer of 2019 and the ASX bore some of the brunt as well.

Though Australia is an attractive industry, some experts have expressed hesitation about just how quickly the medical cannabis market has grown in the country and the next steps for the industry.

In a note to investors shared on November 12, Canaccord Genuity Australian equity analysts Cameron Bell and Matthijs Smith said the Australian cannabis industry is a case of “smoke without fire,” adding that Canaccord’s Australian Cannabis Index dropped about 40 percent over the course of four months.

There have also been some leading cannabis public firms that have decided to alter their operations in Australia.

The shift included a 37 million share sell-off of the stake in Althea Group Holdings (ASX:AGH) held by Aphria.

Canopy Growth ended the three-year relationship between itself and Australian marijuana firm AusCann Group Holdings (ASX:AC8) when it announced the sale of its 13.2 percent interest in the company on October 15. Canopy Growth shook off over 42 million shares in the sell-off.

On a more positive note, the recent legalization of cannabis in Australia Capital Territory could usher in a new wave of opportunity for cannabis firms as well as more international investment.

Patient numbers have also been up as of late. In its report from Q3 2019, cannabis research firm FreshLeaf Analytics said the patient approval rate increased exponentially in 2019, with almost 30,000 new patient approvals going forward.

FreshLeaf also noted an increase of products in the market to 76 available from the 54 reported in the first quarter of 2019, upping product competition.

Cannabis Stocks to Watch on the ASX: Stocks worth watching in 2020

Here INN offers a closer look at some of the cannabis stocks to watch on the ASX, per largest market capitalization to date and included in the Canaccord Australian cannabis index.

We kick off our list with the biggest cannabis stock on the ASX by far, EcoFibre.

The New South Wales-based firm has it hands in industrial hemp, boasting over 300 landraces of cannabis from over 25 countries globally, including hemp cultivation in the US.

EcoFibre works through multiple businesses that cover everything from high-quality hemp extracts for pharmaceutical use to hemp-based textiles to hemp food products, including hemp flour and hemp protein powder.

In October, the firm got a nod from the NASDAQ after the exchange brought EcoFibre into the Nasdaq International Designation program under the symbol “EOFBF.” Though the program is over-the-counter, non-US companies can use it to increase their visibility to American investors.

In terms of its medical research, EcoFibre released the results of a cannabidiol (CBD) pain study conducted through Ananda Health, one of its core businesses. The study found that 53 percent of patients who had originally used opioids to manage pain reduced their opioid usage after adding Ananda Heath’s full spectrum hemp extract to their treatment regimen.

In its financial report for its fiscal 2019 year, EcoFibre reported a 519 percent increase in revenue from 2018 to AU$35.6 million. Its products are currently sold in 3,200 independent pharmacies in the US.

While the New South Wales-based company is listed on the ASX, it has operations across the world, including its subsidiary Elixinol USA, a manufacturer of industrial hemp products such as hemp-infused skincare and hemp dietary supplements in Colorado.

In Q2 2019, the firm reported 18 percent quarter-over-quarter revenue increases to AU$9.9 million. Elixinol Global also expanded its presence in the US marijuana industry after it was awarded a CBD Processor Authorization by the New York State Department of Agriculture Markets.

Apart from its work in North America, Elixinol Global’s Dutch subsidiary, Elixinol BV, signed a distribution agreement with Harmonia Life Oy, which will sell Elixinol Global branded marijuana products through retail channels in Finland over the next five years.

Elixinol Global’s European expansion doesn’t stop there. The company is using its Dutch operations to partner up with 25th Group and leverage its retail channels in Belgium and Luxembourg, the latter of which is seeking to be the first country in Europe to legalize recreational marijuana. Similarly to the Harmonia Life Oy deal, the two countries will be supplied with Elixinol Global branded medical cannabis products over the next five years. The deal also gives Elixinol Global access to retailers in the Netherlands and Switzerland.

Elixinol Global also has its hands in CBD pet care. In August, the firm announced a partnership with Altmed Pets, which trades as Pet Releaf. The deal with the pet CBD company comes with the purchase of US$18 million worth of marijuana products over 18 months. Elixinol also gets a 25 percent equity interest in Pet Releaf.

However, the Western Australia-based company also has an interest in using CBD. In fact, the firm is preparing the first human trials of a proprietary drug system that delivers synthetic CBD-based medicines to the skin.

Botanix Pharmaceuticals recently partnered up with pharmaceutical-grade CBD provider Purisys in a supply agreement that covers Botanix’s needs for synthetic CBD as it continues its clinical trials.

The company’s research efforts got a boost from an innovation grant it was awarded from the government’s AusIndustry division. The new funding will go toward Botanix’s medical chemistry program, which aims to isolate new synthetic versions of CBD and look into the possible antimicrobial properties of the drug.

Althea has the benefit of having an online hub, Concierge, that serves both medical practitioners and medical marijuana patients.

Healthcare workers can use Concierge to access patient treatment plans, and patients get the chance to record their own thoughts about their personal treatment using the hub.

In November, the Australian Centre for Cannabinoid Clinical and Research Excellence (ACRE) and Althea got together for ACRE’s clinical cannabinoid cancer trial in New South Wales. Althea, along with other marijuana suppliers, will offer its products as a part of the trial.

In terms of its work outside of Australia, Althea is focusing its international operations in Germany, a medical marijuana market in Europe that some experts say could be one of the largest in the world. Through a memorandum of understanding with global pharmaceutical wholesaler Nimbus Health, Althea plans to use nimbus health’s pharmacy network to distribute its products across the western European country.

Adding on to its retail moves in Germany, Althea will also be developing a Concierge platform for the German market to “help fill a gap in the German market which, despite being advanced in terms of patient numbers, lacks educational initiatives focused on clinical evidence and patient access to medicinal cannabis,” the company said.

“Global population trends in chronic disease prevalence are reporting increasing numbers of patients diagnosed with various chronic diseases and an acceleration in disease severity,” he said.

To tackle those concerns, Medlab has worked through five core research programs all trying to take advantage of cannabis’ therapeutic benefits.

Recently, Medlab reported a record-breaking month for income generation and medication sales. The firm’s US operations also received its first export order for its proprietary NanoCBD product to Hong Kong.

Speaking of the US, Medlab also plans to take a share of the American marijuana space after signing an agreement with manufacturer ANC that will allow it to distribute its nutraceutical products to the North American country.

Cannabis Stocks to Watch on the ASX: Investor takeaway

The marijuana space in Australia is still attempting to find its footing at the global landscape, and investors have their pickings when it comes to which cannabis stocks to watch on the ASX market.

The rise of medical cannabis, however, does pose an interesting opportunity for investors who want to pursue diversifying plays in the at-large cannabis sector.