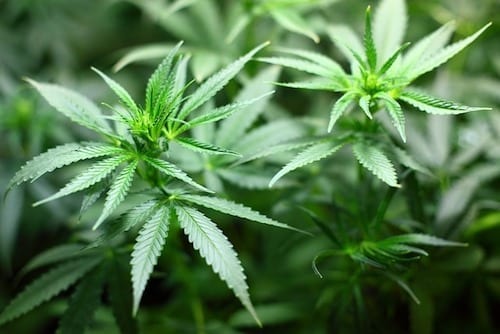 In the past trading week (June 17 to 21), US Congress voted in favor of an amendment to prevent the justice department from cracking down on the marijuana industry using federal funds.

A report on the potential value of the marijuana industry by 2024 made headlines, while numbers on tax revenue seen since the legalization of recreational products in Canada also caught attention.

The US marijuana industry gained a new layer of protection thanks to the passing of a measure to prevent any obstruction from the Department of Justice on legal cannabis programs at the state level.

The amendment approved by the US House of Representatives will be attached to the 2020 fiscal year Commerce-Justice-Science spending bill. Because of the policy, the federal agency won’t be allowed to use any funds for the criminal pursuit of marijuana programs in medically and recreationally legal states.

On Thursday, Arcview Market Research and BDS Analytics indicated that, thanks to growth seen industry wide in 2018, global legal cannabis sales are now projected at US$40 billion by 2024.

“A key takeaway from the report is that highly restrictive regulations and high tax rates are hurting the legal market’s ability to compete with the illicit market,” Tom Adams, managing director and principal analyst for BDS Analytics’ industry intelligence group, said in a press release. “But legalization advocates endorsed our view that all 50 US states can be expected to be medically legal by 2024, and that 20 will have adult-use sales.”

The Canadian recreational cannabis market is expected to grow to US$4.8 million by 2024.

“Investment capital raised by cannabis companies more than quadrupled to US$14 billion in 2018, according to Viridian Capital Advisors,” the research firms indicated in the release.

The Canadian statistics agency issued an update on the financial results the country has seen by way of taxes since the opening of the recreational market on October 17, 2018.

Statistics Canada reported that the government has collected a total of C$186 million in taxes from legal cannabis products sold since the launch of adult-use sales up to the end of March.

Shoppers Drug Mart, a Loblaw Companies (TSX:L,OTC Pink:LBLCF) subsidiary, announced a new agreement on Monday (June 17) to use a blockchain-based program to track medical cannabis sold through its online platform.

The deal is being done in collaboration with TruTrace Technologies (CSE:TTT,OTC Pink:BKKSF) and will deploy  TruTrace’s StrainSecure technology. The Toronto-based company reached a listing on the Canadian Securities Exchange on June 14.

Ken Weisbrod, vice president of Shoppers Drug Mart, said it’s critical for medical cannabis consumers to know the source of their purchases so that both patients and practitioners can gain another level of certainty on the integrity of the product.

“When a patient takes medication, there is an expectation that it is standardized, and they can expect consistent clinical outcomes and results. Although that’s not always a guarantee within the medical cannabis industry at the moment, we’re hoping this new program can help change that,” the Shoppers executive said.

This past week, investors of multi-state operator Acreage Holdings (CSE:ACRG.U,OTCQX:ACRGF) and Canopy Growth (NYSE:CGC,TSX:WEED) voted their approval on the proposed acquisition arrangement between the two firms, which is set to take place once marijuana becomes federally legal in the US.

“Alongside our international market strategies and US Hemp strategy, we believe the acquisition of Acreage will be a key step in bolstering our position as a truly global company,” Bruce Linton, co-CEO of Canopy Growth, said in a press release.

As of 12:30 p.m. EDT on Friday, shares of the Canadian cannabis producer had taken hits both in New York, where they dropped 8.51 percent, and Toronto, with a decline of 8.18 percent.

Editorial Disclosure: Acreage Holdings and TruTrace Technologies are clients of the Investing News Network. This article is not paid-for content.

One response to “Cannabis Weekly Round-Up: US Congress Adds Protection for Industry”