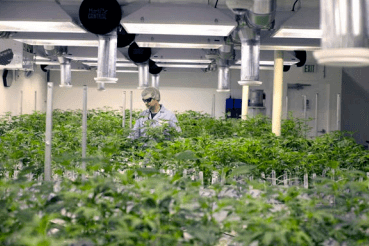 For a bud to grow and flourish into a healthy, sustainable cannabis plant, it needs the right combination of light, soil, diet, air and nutrients. And like the plant, the right mix of ingredients and conditions is needed for an industry to flourish. Projections for the growth of the cannabis industry continue to rise. The latest numbers from cannabis-focused market research firm Brightfield Group peg the global cannabis market at $7.7 billion by the end of 2017, and growing by 60 percent to $31.4 billion by 2021.
While the US and Canada currently make up the majority of sales in the medical marijuana space, it’s the international market that will truly open up the cannabis industry as a global powerhouse. And the experts agree.
“Marijuana is most definitely progressing in international markets, and will [result in] the biggest growth in the coming years,” says Bethany Gomez, Brightfield’s director of research.
When discussing medical marijuana, it’s important to remember the role that CBD plays. CBD, or Cannabidiol, is a prominent chemical in cannabis used for the treatment of many life-threatening illnesses, including cancer, diabetes; schizophrenia; PTSD; multiple sclerosis, and epilepsy. The American Association for Cancer Research found that CBD destroys breast cancer cells through programmed cell death, and CBD has also demonstrated the ability to inhibit or stop the growth of cancers in the liver, brain, skin, and adrenal glands.
“Our projections indicate that the international medical cannabis market will develop faster than the recreational market,” says Erik Klein of the Cronos Group , “and that the size of the opportunity will be dictated by market specific regulations.”
The key word in Klein’s statement is regulations, since regulations not only differ across countries, but also US state lines. Investors planning to capitalize on the CBD market should pay attention to these regulations.

“Medical cannabis regulation is very complicated and manufacturing is regulated at each step of the value chain.The global medical cannabis market is at a very earlier stage of development and we will see a lot of changes in the next few years,” said Stanislav Sologubov, CEO of Satipharm, a Swiss-based international medical cannabis company which specializes in oral delivery technologies and health products. The company’s Gelpell® microgel capsule is the only cannabis-based product on the market with a pharmaceutical-grade Good Manufacturing Practice (GMP) certification.
“The market at the moment is highly fragmented and mostly represented by a lot of very small companies selling products without any recognized quality certifications,” said Sologubov. ”For that reason such products are not accepted by the pharmaceutical distribution chain, and are instead sold by the producers directly to consumers online.”
CBD for medicinal use is legal in most European countries, as well as internationally in Israel, Mexico, Australia, New Zealand, South Africa, Uruguay, Canada, Puerto Rico, Turkey and Argentina. In the US, regulations differ across state lines, and depending on whether the CBD is derived from a marijuana plant or a hemp plant.
CBD from a hemp plant is free of THC, thus free of the psychoactive element that gives users that high feeling associated with cannabis. The US FDA considers hemp-based CBD a dietary supplement and to not have any medicinal qualities, so it’s not included in the FDA’s Schedule I of the Controlled Substances Act. Hemp is legal to sell and consume in the US, but it’s illegal to grow.
CBD derived from marijuana is legal in the same 28 states where cannabis is legal. There are six states where CBD is illegal in both forms (hemp and marijuana): Idaho, South Dakota, West Virginia, Nebraska, Kansas, and Indiana, which leaves the remaining 18 states that follow various “CBD-only” laws allowing for the sale of CBD under specific medical conditions.
“CBD related products can be sold in the European Union as food supplements provided all regulatory requirements are met. In other countries, CBD products are treated same as THC products,” said Sologubov. “Medical cannabis products with high THC levels are now permitted in 12 EU countries and are getting a lot of traction among healthcare professionals.”

The importing nation issues a permit to the exporting nation that obeys its national medical laws. Each country must report how much cannabis it produces and consumes domestically, as well as exports or imports internationally, to the International Narcotics Control Board (INCB). The INCB is the United Nations’ independent control body for international drug conventions. Once the permit is approved, trade can commence.
Canada and The Netherlands are global leaders in exporting medical cannabis. The two countries combine to supply Chile; Brazil; New Zealand; Australia; Italy; Germany; Croatia and Finland, among others. The US does not allow the trade of medical marijuana across either state lines or country borders and that includes CBD that contains more than 0.3 percent THC.
Israel will soon be joining Canada and The Netherlands in the trade game―it has taken big strides towards decriminalizing marijuana possession, expanding its medical access and approving medical cannabis exports in recent months.
A medical cannabis company wishing to export products must first seek approval from its own national health department and exporting authority. Companies that enter the import/export market often see it as a long-term relationship, and not a one-off deal.
Of the international trade relationships and partnerships that exist between countries, perhaps the most lucrative markets are in the EU, specifically Germany, UK, Ireland, Denmark, Poland and Italy due to the increasing awareness of the medical benefits of cannabis driving demand.
“The EU is almost twice the side of the US in terms of population and represents a very attractive market globally,” said Sologubov. “Outside of EU Satipharm is closely tracing changes in legislation and is working with regulatory bodies to make medical cannabis products available to patients in other countries.”
Satipharm’s proprietary Gelpell-CBDTM capsules were designed using the latest science in delivery technologies relevant to medical cannabis and in clinical trials have been shown to provide patients with a higher bioavailability of cannabidiol over other oral delivery formats. The company was recently granted the right to distribute its capsules for medical use in Australia.
Satipharm’s marketing campaign is focused on near-term growth and driving sales. Starting in Germany, the company has already successfully expanded into main Western European countries including the UK, Italy, and Poland with entry into additional European Union countries to follow. Last year, Germany reached an agreement with Canada that would allow medical marijuana imports from Canadian licensed producers, like Harvest One Cannabis Inc. (TSXV:HVT). Satipharm is wholly owned by Harvest One, a early-entry global cannabis company servicing both the medical and recreational markets, in Canada and internationally.

What Can Investors Do?

Before investing, it’s important to pay attention to the trade relationships that a company has, since companies that are establishing an international footprint are better positioned to take advantage of the opportunities that lie in the legal cannabis market.
The United Nations estimated that in 2014, approximately 180 million people globally used cannabis at least once in the past year. The heaviest-consuming countries were in North America and Europe, with large increases in Africa. For the international cannabis industry to flourish and meet the projections set out by industry experts, it will take that perfect combination of ingredients. While there’s little doubt that the cannabis industry in North America will reach its full potential, given its quick start, it won’t be long before the international market catches up.
This article was written according to INN editorial standards to educate investors.