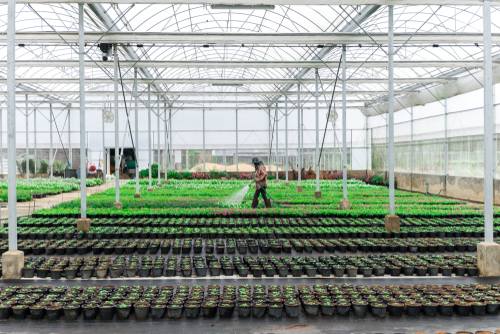 The Investing News Network took to the conference floor at the MoneyShow in Toronto to get insights on the burgeoning cannabis industry.

At the recent MoneyShow event in Toronto, would-be and seasoned investors were exposed to the latest market intelligence on one of the most provocative sectors today: marijuana.

As cannabis legalization shifts toward edibles in Canada and toward growing state-level acceptance in the US, new investment opportunities have sprung up in the cannabis market.

In case you missed it, the Investing News Network (INN) took to the conference floor to get insights on the burgeoning cannabis industry.

During a presentation, Sean Brodrick, editor at Marijuana Millionaire Portfolio, said the current dip the industry is experiencing is a chance for investors to buy ahead of a “seasonal rally” that will see stocks rise again as the year goes on.

Brodrick added that investment opportunities in cannabis in the US could be boosted by the upcoming federal election as democratic candidates fight for cannabis legalization.

The industry is also vulnerable to threats, according to Brodrick. He said the recent vaping scare and corporate blunders — like CannTrust Holdings’ (NYSE:CTST,TSX:TRST) illegal growing debacle — are real impediments to the sector.

Some of the trends Brodrick picked out were the increasing commoditization of cannabis, which forces companies to compete with players in countries like Colombia, where growing can be done outdoors at a fraction of the price of greenhouse production.

As part of his talk, Brodrick offered investors a collection of his own stock picks for cannabis.

He listed Organigram Holdings (TSXV:OGI,NASDAQ:OGI) as his top pick, mentioning the company will be dropping its growing costs and pushing for the cannabidiol (CBD) sector.

Some of his honorable mentions are @KushCo_Holdings, @FlowrCanada and @GTIGrows. He added some "back door" ways to get into cannabis include Oreo maker @MDLZ, which has plans to make CBD-infused snacks, and drink makers like @Heineken. #CannabisNews #marijuananews

Aurora’s director of investor relations, Robert Kelly, said the company is focusing its efforts on medical and recreational cannabis, as well as hemp-derived CBD. Kelly added the company will be participating in the upcoming edibles market in Canada with gummies, chocolates and baked goods, and there is a potential beverage line on the horizon.

Aurora’s biggest goal for the upcoming fiscal 2020 year is expansion into the US, Kelly said, mentioning Aurora’s recent revenue of C$98.9 million in the latest quarter as a selling point.

“I think investors really should be looking for the asset base and the talent to be a long-term winner, proven battle-tested operations,” said Thut.

He mentioned that early on, companies would tout their multi-state presence in the US as a marker of success, but things have since changed and now companies are trying to focus their activities.

“Yes, addressable market matters. But I don’t care how many states you’re in, are you actually good in those states?” the executive said. He added that being a “magnet for talent” will be a deciding factor that puts some companies ahead of others.

The future of the cannabis industry was the main point of discussion during the event’s final marijuana panel.

“We’re not seeing, I don’t think, really successful … companies expanding nationwide or internationally in that marijuana cannabis space as far as real revenues go. But there’s going to be an opportunity there, I think, for the franchise dispensaries,” deQueiroz said.

.@HorizonsHawk said he doesn't buy cannabis will ever be fully legalized in the US. He said the conversation started several years ago but federally, there still hasn't been enough movement to suggest legalization is on the horizon. #CannabisNews #marijuananews

When it comes to company growth, Steve Hawkins, CEO of Horizons ETFs (Canada), said the market will experience a lot more consolidation in Canada and the US. He also said cannabis is proving to be a dangerous sector to other, more established industries.

“I think big pharma, big tobacco, big alcohol are seeing the cannabis companies taking too much out of their future revenues,” said Hawkins. “They’re going to be wanting to get into this game at some point in time — they’re not going to do it from grassroots building a company anymore, they’re going to do by acquisitions.”

Don’t forget to look for the rest of our coverage of The MoneyShow Toronto, with more insights from the show. You can also follow us @INN_Cannabis for real-time news updates!

3 responses to “Cannabis Industry to Rally Despite Threats, Experts Say”