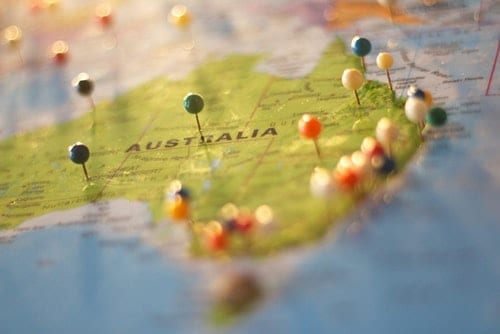 While the cannabis industry has been slow to gain momentum in Australia, it is poised to grow. Here’s a look at 10 ASX cannabis stocks.

Overall, the Australian cannabis market is still in its early stages of development, with the country only legalizing medicinal use of marijuana as recently as 2016.

More recently, the land down under legalized medical marijuana exports in 2018, thanks to the passing of the Narcotic Drug Amendment (Cannabis) Regulations in February of that year. This means that medicinal marijuana products developed in Australia can now be exported to a “licensed recipient” in countries where the drug is legal.

In terms of legal recreational cannabis use in Australia, that decision still remains up in the air, although there is promise that it could happen sometime soon.

With that in mind, here the Investing News Network profiles 10 ASX cannabis stocks that are actively involved in developing products related to medical marijuana. The companies listed below have market capitalizations between AU$10 million and AU$500 million, with data compiled from TradingView’s stock screener. The companies below are listed in order of market capitalization from smallest to largest.

BOD Australia is largely focused on cannabis and hemp-related products. It develops, distributes and markets health and skincare products created using plant-based extracts in Australia and is aiming to enter the European market as well.

BOD Australia’s reach in Australia ranges from selling prescription and over-the-counter products to more than 1,000 outlets, such as pharmacies, retail stores and healthcare chains. It also has distribution agreements with two pharmacy wholesalers in Australia.

Zelda Therapeutics is focused on unmet clinical needs and on using medicinal cannabis to treat a range of diseases and disorders. Its most common target areas include pain, anxiety and sleep.

The company is largely focused on developing treatment options usinf plant-based medicinal marijuana and is currently conducting two programs: a human clinical program with a focus on insomnia, autism and opioid reduction, and a pre-clinical research program to test cannabinoids in breast, brain and pancreatic cancer. This program is also researching the role cannabinoids could play in treating diabetes-associated cognitive decline.

Among other companies, it has invested in Harvest One Cannabis (TSXV:HVT), which develops health and wellness products; Fire & Flower Holdings (TSXV:FAF), a recreational cannabis retailer that’s developed a variety of cannabis products and accessories; and MediPharm Labs (TSXV:LABS), a cannabis extraction company that received its cannabis oil production license from Health Canada in 2018. MediPharm Labs has launched cannabis extraction services in Australia and is waiting on approval from the Office of Drug Control to produce cannabis oil.

Creso Pharma was the first company to import medical cannabis into Australia and the first to launch these products in Switzerland for people as well as animals. The company’s anibidiol product was also the first hemp cannabidiol (CBD) complementary feed in animal health thanks to a partnership with Virbac Switzerland. Creso Pharma also launched cannaQIX in Switzerland, which was the first CBD nutraceutical in human health.

THC Global Group takes pride in operating under a “farm to pharma” pharmaceuticals approach and has secured a growing capacity thanks to two grow sites and a pharmaceuticals biomanufacturing facility.

The company has a variety of global partnerships and is focused on manufacturing and distributing hydroponics equipment, materials and nutrients.

Botanix Pharmaceuticals’ product pipeline includes four programs that are focused on treating acne, plaque psoriasis and atopic dermatitis. Because no human clinical studies have been done using CBD to treat skin diseases, the company is advancing three of its programs with natural extract forms of CBD.

Medlab Clinical is largely a medical research and development company focused on novel biotherapeutics such as nutraceuticals and pharmaceuticals, although it does have a cannabis element to the medicines it is developing.

Cann Group was established in 2015 and in 2017 was the first company in Australia to be awarded with a cannabis research license by the country’s Government Office of Drug Control. It provided Cann Group with the opportunity to cultivate cannabis for research.  The company was also issued Australia’s first medicinal marijuana cultivation license in 2017, allowing the company to produce Australia-grown medical cannabis.

AusCann Group Holdings is focused on developing, producing and selling its cannabis-based pharmaceuticals both locally and internationally.  The company is primarily targeting areas of medicine for neuropathic and chronic pain and intends to release a proprietary final dose in the form of a capsule.

With its medical approach, AusCann Group Holdings is also looking to target treatment-resistant epilepsy, nausea caused by chemotherapy and spasticity and spasms in patients with multiple sclerosis.

These ASX-listed cannabis companies show that the cannabis industry in Australia is undoubtedly growing, meaning that investment opportunities in the industry are also poised for additional growth. While recreational marijuana remains illegal down under, the medical cannabis industry is thriving, making that side of the sector worth considering.

So far, Australia has no timeline attached to the legality of recreational use of marijuana, but it will be a story to watch over the coming months for those interested in the space.

One response to “10 ASX Cannabis Stocks”