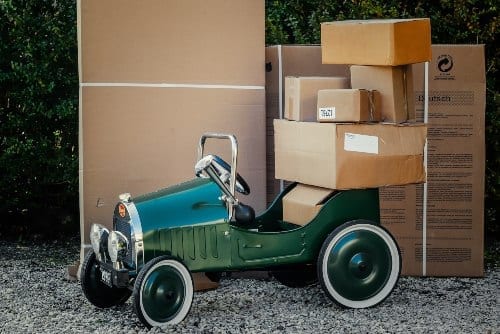 Aphria has signed a deal with ParcelPal to offer same-day delivery services to medical cannabis customers in Canada. The partnership will launch in Alberta.

Through ParcelPal (CSE:PKG,OTC Pink:PTNYF), Aphria’s patient customers will be able to purchase products online from its e-commerce storefront — including softgels and cannabidiol (CBD) oil — and receive their orders via the ParcelPal platform, which allows delivery tracking in real time.

“We are launching our legal cannabis delivery platform at the ideal time as legislation across the country continues to expand the addressable cannabis marketplace,” Abbott added.

Canada’s medical marijuana market is expected to grow quickly over the next few years. A Statista report projects that medical cannabis will generate C$1.74 billion this year and C$2.35 billion by 2025.

The new collaboration will kick off in the city of Calgary, Alberta. The delivery company has promised that consumers will be able to receive their goods within an hour.

It’s unclear whether ParcelPal’s delivery deal with Aphria will be exclusive.

In an interview with Forbes, ParcelPal Chairman Brian Storseth confirmed the Calgary launch, but added that these delivery services will also expand to Windsor and Toronto in Ontario.

“We are thrilled to be working with Aphria, one of the largest (licensed producers) in Canada, and a major international player in the cannabis industry,” said Storseth.

ParcelPal hopes its service will help curb driving under the influence of marijuana, as users will not need to pick it up themselves.

In June, ParcelPal reported that it has made 2.5 million deliveries since starting operations in 2017.

Abbot indicated that the company plans to expand its partnerships in all of its verticals, including the cannabis and liquor industries, which could offer higher margins for ParcelPal.

The company also revealed a partnership with Canadian e-commerce company Shopify (NYSE:SHOP,TSX:SHOP) in June. It will integrate the ParcelPal app with Shopify’s digital platform, allowing licensed producers to ship to medical and recreational cannabis users across Canada.

At the beginning of August, Aphria reported net revenue of C$128.6 million in its fiscal fourth quarter, an increase of 75 percent from Q3.

Editorial Disclosure: The Yield Growth is client of the Investing News Network. This article is not paid-for content.