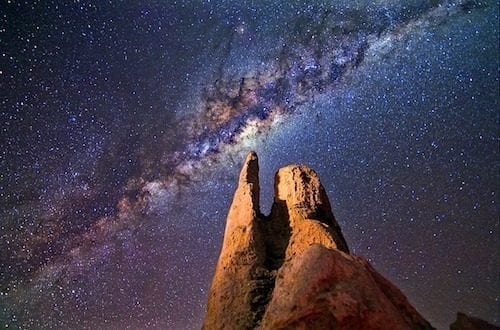 What are the top Australian stocks in mining by market cap? We run through the five biggest companies in the space.

Interest in Australia as an investment hub is on the rise, and one area investors are looking toward is Australian stocks in the mining sector.

The country is viewed as a mining-friendly location, with many incentives and initiatives geared at helping companies move forward. But what are the top Australian stocks in the mining space? Below we run through the largest ASX-listed miners by market cap to give investors an idea of the landscape.

Data for this article was gathered on TradingView and was accurate at the time of publication. If we missed any Australian stocks you think should be on this list, please let us know in the comments.

Mining behemoth BHP Billiton is the largest Australian stock in the mining sector by market cap. The company operates primarily in Australia and the Americas, with more than 60,000 employees globally. It extracts minerals, as well as oil and gas.

Formed through the merger of BHP and Billiton, both founded in the 1800s, the company has become a powerhouse. Its key assets include the Australia-based Olympic Dam mine, one of the world’s largest orebodies and a major copper producer, and a 57.5-percent stake in the Escondida copper mine in Chile.

Rio Tinto is another major diversified miner, and it’s no surprise to see that the company is a top Australian stock in the mining space. Its workforce stands at 47,000 people across 35 countries and six continents, and like BHP it is strongly represented in Australia and the Americas. Rio Tinto also has operations in Asia, Europe and Africa.

Also like BHP, Rio Tinto has a long history that stretches back nearly 150 years. Currently it is focused on four product groups: aluminum, copper and diamonds, energy and minerals and iron ore. It is the largest producer of natural colored diamonds, and has the largest integrated portfolio of iron ore assets.

Formed in 2015 via a spin out from BHP, South32 is now a mining force in its own right. The company has operations in Australia, Southern Africa and South America, and produces bauxite, alumina, aluminium, energy and metallurgical coal, manganese, nickel, silver, lead and zinc.

Recently the company appears to have been amping up its focus on zinc — in a mid-2018 deal it paid C$1.8 billion to bring its ownership of Arizona Mining up to 100 percent. The acquisition brought the Arizona-based Hermosa zinc-lead-silver project under South32’s umbrella.

The company says that its gold reserves represent more than 25 years of production at current rates, and it prides itself on having predominantly low-cost, long-life mines and a strong pipeline of brownfield and greenfield exploration projects.

Last on this list of the largest Australian stocks in the mining sector by market cap is Fortescue Metals Group. It bills itself as a global leader in the iron ore industry, and says that it consistently produces 170 million tonnes of iron ore per year.

The company’s assets span three iron ore mine sites in Australia’s Pilbara region, the five-berth Herb Elliott Port in Port Hedland and the fastest heavy-haul railway in the world. A relative newcomer compared to some of the other Australian stocks on this list, Fortescue was founded in 2003 and holds the largest tenement portfolio in the Pilbara.

Would you invest in any of these Australian stocks? Tell us in the comments.

One response to “5 Top Australian Stocks in Mining”