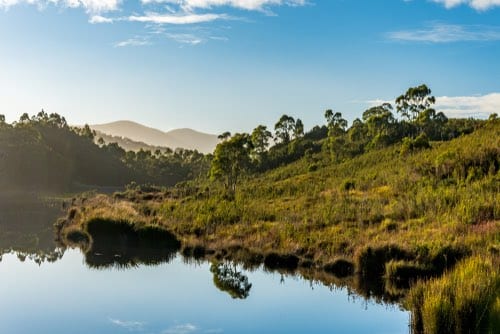 The company said it would review its options for the Nifty copper mine in Western Australia, which was not living up to expectations.

Diversified Australian miner Metals X (ASX:MLX,OTC Pink:MLXEF) has decided to dip out of copper for the time being after production at its Nifty copper mine in Western Australia levelled off despite an ongoing “reset plan.”

According to the company’s release on Tuesday (November 26), an ongoing operational review announced in mid-November had shown that the company was not going to achieve its planned copper production at an acceptable cost in the timeframe it laid out in May 2019 under the reset plan. The plan had envisaged that Nifty would eventually produce around 35,000 tonnes of copper concentrate annually by the March 2021 quarter — in the last quarterly report, the mine yielded 3,425 tonnes of copper.

“On this basis, the Board … considers that continuing operations at Nifty at this time is not in the best interests of shareholders,” the company said.

The mine, located in the East Pilbara region of Western Australia, will still see some activity, with the company committing to processing remaining ore stocks over the coming week, before progressively placing Nifty on care and maintenance after it makes its final copper shipment.

While mothballed, the company will continue to process its already available drilling data to upgrade the strategic resources of the mine to “support planning for future mining operations.”

The company didn’t commit to reopening the mine itself, however, adding that it is reviewing its strategic options in relation to Nifty and will appoint external advisors.

Metals X Managing Director Damien Marantelli said that the company had invested significantly to get the mine going again after acquiring it in 2016.

“Unfortunately, despite this, the operation is not where it was expected to be at this stage of the reset plan and following the operational review, the increased uncertainty in the plan leaves us with no viable alternative,” he said.

The conundrum facing Metals X had been noted by financial analysts at Hartleys, who had said in their November report that because cash was likely to be so tight due to issues with output at Nifty, there were questions around whether Metals X was capable of bringing Nifty to a cash positive position.

“The March 2020 quarter was pencilled in for break-even, but if the company sees more cash going out, it might be forced to pursue alternative plans, including placing Nifty on care and maintenance, and/or asset sales,” analysts said at the time, accurately predicting that care and maintenance would be the fate of Nifty.

“Mine closure would bring over $40 million site rehabilitation commitments to the fore (although not immediately), so care and maintenance is a more likely move,” they said.

Hartleys moved Metals X from a speculative buy recommendation to a neutral one, noting that Nifty’s failure put the company in “its toughest position.”

The mine closure will lead to the loss of 290 jobs, and will cost the company AU$12 million in upfront costs, AU$7 million in the following two months and AU$1.4 million each month after.

Copper has been down in the dumps amid the trade war, and as of November 25, was trading at US$5,872 a tonne on the London Metal Exchange (LME).

Instead, the company said it would focus its efforts on its 50 percent share of the Renison tin joint venture in Tasmania, which the company shares with the Chinese state-owned company Yunnan Tin — the largest tin producer in the world.

Renison, which is operated by Bluestone Mines Tasmania Joint Venture and is the largest tin producing asset in Australia, is also in the process of being expanded.

It has its own associated infrastructure and is located near the town of Zeehan on the west coast of the island state, making Metals X an integrated miner.