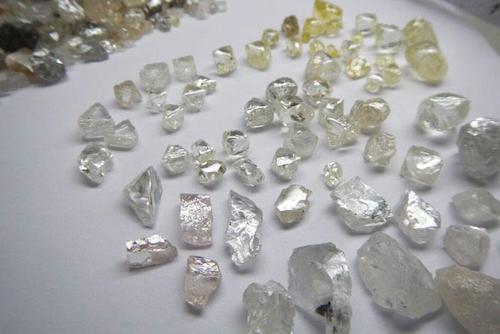 Lulo, which has been in commercial production since 2015, is believed to be the highest US dollar per carat alluvial diamond mine in the world.

Lucapa, which operates the Lulo mine and controls 40 percent of the asset, partnered with Empresa Nacional de Diamantes (Endiama) and Rosas & Petalas to advance its flagship Lulo project, located outside of Angola’s capital, Luanda.

Lulo, which has been in commercial production since 2015, is believed to be the highest US dollar per carat alluvial diamond mine in the world.

The recent sales parcel included 5,573 carats worth of stones, which were recovered at Lulo over the run of the mine. The gems sold for US$10 million with an average value of US$1,800 per carat.

In terms of yearly totals, sales of Lulo diamonds during the first half of 2019 have raised more than US$22 million, averaging US$3,668 per carat.

That number could rise after future sales, especially since the company held several very large and uniquely colored gems back from the sales lot.

“The sale excluded several high-value diamonds, which remain held in inventory by Lulo alluvial mining company Sociedade Mineira Do Lulo,” CEO Stephen Wetherall noted in the announcement. “These diamonds include the 130 carat Type IIa D-color diamond and a 46 carat pink.”

In mid-May, the diamond miner recovered its 13th stone over 100 carats from Lulo. The 130 carat find came shortly after the company increased the resource carats at the mine by 90 percent.

“Together with the significant positive diamond marketing reforms introduced in Angola enabling producers like Lulo to achieve international market prices for their diamonds, the near doubling of in-situ resource carats in the upgraded Lulo diamond resource supports the Lulo partners’ plans to increase alluvial production in 2019,” Wetherall said at the time.

Lulo isn’t the only money-making diamond mine Lucapa operates — in Lesotho the company runs the Mothae mine, which is also well regarded for the large, high-quality gems found there. At the end of May, a 126 carat high-quality diamond was unearthed from Mothae.

The 100 plus carat stone marks the sixth time a stone weighing more than 50 carats was discovered at Mothae since pre-production bulk sampling commenced there in 2018.

One response to “Lulo Diamond Sale Brings in AU$14.5 Million for Lucapa”