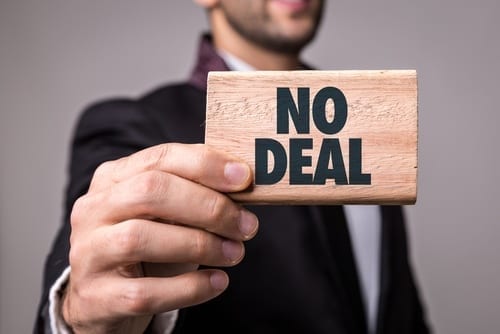 Havilah Resources’ shareholders have rejected a proposed AU$100 million investment from SIMEC Mining, a member of the GFG Alliance.

Despite previous signals pointing towards a greenlit deal, Havilah Resources’ (ASX:HAV) shareholders have rejected a proposed AU$100 million investment from SIMEC Mining, a member of the GFG Alliance.

Originally announced in May, the share subscription agreement was set to provide funding to Havilah for work programs at its Maldorky, Grants and Grants Basin iron ore assets, along with the Mutooroo copper deposit and its nearby prospects in South Australia.

The extra cash, which Havilah called a “transformational capital injection” at the time, was to be received over a three-year period while the company completed definitive feasibility studies for its assets. If all the funding was to go through as planned, GFG would have been eligible to earn up to a 51 percent stake in Havilah in return.

However, a statement released by Havilah on Thursday (September 12) explained that the investment was rejected by company shareholders. According to the company, almost 60 percent of individual shareholders were in favor of the deal at an extraordinary general meeting (EGM).

Despite the masses voting in favor, Havilah Technical Director Chris Giles — who represents the company’s largest shareholder through his entity Trindal — rejected the proposed investment.

Giles had originally supported the deal when it was first proposed; it is unclear as to what caused him to change his stance.

The statement from Havilah added that no alternative offer or deal has been put forward in light of the previous one having been rejected. As such, the company noted it would have to “move in a different direction” to extract value from its mineral deposits.

Additionally, a AU$5 million pro-rata rights issue that was set to take place as part of the AU$100 million deal at a discounted cost of AU$0.154 per share will no longer be happening.

Havilah’s stock price remained unchanged at AU$0.13 per share on Thursday as the company entered a trading halt on September 10. In Thursday’s press release, the company noted it had done this intentionally due to the impact Giles’ vote was set to have on the upcoming EGM and its outcome.