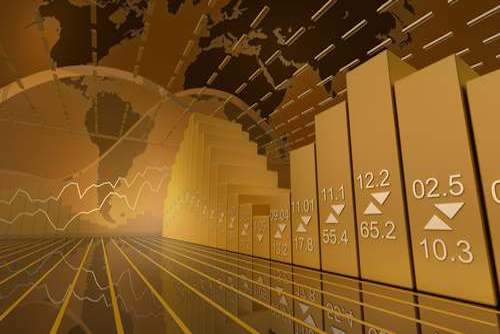 Interested in the relationship between the gold price and the ASX? Here’s how the two interact and how you can benefit from it.

With the gold space becoming more prominent in Australia, it may be beneficial for investors to understand the unique relationship between the gold price and the ASX.

The two sources of trade are able to push and pull one another, although in general the price of gold tends to indirectly follow the movements of the ASX.

Read on for a breakdown of gold’s history in Australia, what’s currently affecting the gold price and the relationship between gold and the ASX.

Gold price and the ASX: Gold’s history in Australia

Gold’s significance in Australia began in 1832 with James McBrien, who found traces of the yellow metal near Bathurst, New South Wales. However, for the most part, early discoveries of gold were kept under wraps, because authority figures were concerned that convicts, soldiers and public servants would abandon their work and other responsibilities to search out the metal for personal gain.

That changed in 1851, when Edward Hargraves and his colleagues found gold, again near Bathurst. This time, the discovery was made public and within a month close to a thousand men were searching for the metal in an area called Ophir, named after the biblical story about King Solomon’s gold city.

Gold discoveries in the state of Victoria in 1854 followed the rush in Bathurst. Tens of thousands of immigrants from around the globe all headed to the Australian colony to hunt for the yellow metal, with Ballarat and Bendigo in Victoria becoming major gold sites.

Between 1848 and 1858, Australia’s population tripled to more than 1 million people. Gold fever then hit Coolgardie and Kalgoorlie in Western Australia in the early 1890s, when key discoveries were made in those areas.

During this time, exciting gold finds were spurring the development of inland towns, communications, transport and foreign trade. In fact, since Australia’s first recorded gold discovery, the metal has changed where and how people live within the country. Many towns were developed by wealth generated from mining gold, and Australia is also home to ghost towns that were deserted when the gold sources that kept them afloat ran out.

Even though the precious metal has made large contributions to Australia’s development, its importance declined during most of the 20th century as other minerals became more prevalent and economically significant. Gold later underwent a resurgence in the 1980s and 1990s, when the use of new technology allowed lower-grade ores to be processed economically.

Today, Australia is stepping back into the spotlight as one of the most prolific gold-mining regions in the world. And in terms of gold prices throughout the years, the metal has experienced a mostly upward trajectory in Australian dollars.

Gold price and the ASX: What’s moving the gold price

The metal made more gains between 2009 and 2011 before backsliding. However, the downturn did not last long, and by 2015 gold prices were slowly ramping up again.

Performance of gold price from 2001 to the present. Chart via Kitco.

While there are a variety of factors that influence the price of gold, some have more weight than others. Below is a guide on the main elements that are shifting and shaping the price of metal.

Performance of gold price and Australian dollar from 2001 to the present. Chart via Kitco.

Much like with the US, interest rates have been cut several times in Australia as of late. While gold tends to retreat slightly directly after rates are cut, it does not take long for it to rebound and make gains, which shows that interest rate reductions have a positive effect on the precious metal.

Most recently, the Reserve Bank of Australia cut interest rates by 0.25 percent to a new record low of 0.75 percent in order to increase employment and lift low inflation back into the 2 to 3 percent target area.

The ongoing trade war between the US and China has affected overall global markets, and in Australia it has sent investors running towards the safe haven nature of gold. The spat between the two powerhouse countries has been ongoing for more than a year, causing a tariff tit-for-tat that has resulted in volatility in the markets.

While the signing of a phase one trade deal between the two nations is imminent, a full resolution of the dispute is not expected in the near future.

Another element that is currently affecting the price of gold is a dwindling 10 year government bond yield. Since 2017, 10 year yields have dipped from over 2.65 percent to below 1.3 percent.

Compared to US 10 year yields, which have fallen from 2.41 percent to 2.01 percent over the same period, it is clear that the Australian bond market has taken a larger hit. Because of this, the exchange rate for Australian and US dollars has fallen and has led gold to outperform in Australian dollars.

According to the World Gold Council, the decline of these bond yields is mostly due to a correction in residential property prices in Sydney and in Melbourne. Prices in both cities have declined more than 10 percent since their 2017 peak.

The housing price decline has affected the entire economy, including the Australian dollar. This made gold cheaper to hold and has inspired market participants to add more of it to their portfolios.

“The bottom line is that, while the AUD gold price is high, it’s entirely justified why it is trading above AU$2,000 per ounce. Whether it’s a faltering local economy, a fragile property market, negative yield differentials, low and falling rates or a weakening currency, there are many good reasons why astute investors typically allocate 5 to 10 percent of a diversified portfolio to gold. The strategic case for gold as strong as ever,” the World Gold Council explains.

Gold price and the ASX: How gold affects the market

Gold’s relationship with the ASX is unique in that the metal indirectly follows the movements of the market, as opposed to resources like oil and gas. The yellow metal has the tendency to be viewed as a counter-cyclical asset, which means that its value increases during market downturns.

Due to gold’s large global presence and high intrinsic value, the precious metal is often seen as a universal currency. When the outlook of the equity market looks bleak, or corporate earnings are destined for doom, investors will flock to the precious metal.

On the flip side, when the economy, and in turn the ASX, is on the rise, investors tend to abandon the yellow metal in favor of equities.

However, this is not to say that the relationship between gold and the ASX is a negative one. It is more of a give-and-take commitment. The metal continues to have an impact on jewellery and jewellery-related products. Additionally, gold is used in dentistry, aerospace and electronics — all of which affect publicly traded companies and as a result the ASX.

This relationship between the gold price and the ASX has turned the precious metal into something of a hedge when it exists within an individual’s portfolio as a source of diversification, which is when market participants hold investments that are not related to one another.

Since gold has a history of having a negative correlation to stocks, bonds and other financial instruments, it becomes important that investors get diversified by owning a portfolio that combines gold with stocks and bonds in order to reduce both volatility and risk. While it is true that the yellow metal goes through times of volatility, its spot price has always maintained its value over the long term.