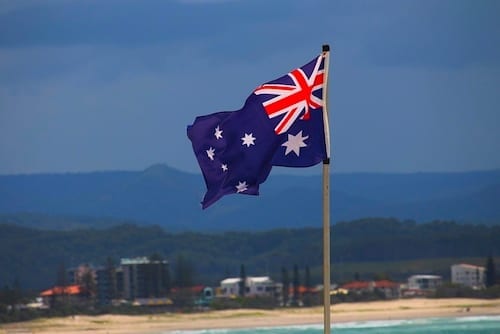 The Investing News Network takes a look at why electric vehicles have been such a hot topic in the Australian federal election.

Australians will soon vote in a federal election that will see the center-right Coalition defend its two term stint in government, and the resources industry has popped up all over the campaign.

A key issue of debate has been electric vehicles (EVs), with party leaders squaring off and taking potshots at each other over clean energy targets, EV incentives, infrastructure and prices, which are all talking points among analysts in regards to when the “EV boom” will hit.

Incumbent Prime Minister Scott Morrison has taken aim at his counterpart’s approach to all of the above, accusing Opposition Leader Bill Shorten of the Australian Labor Party of wanting to take away choice when it comes to vehicles, name dropping brands that will supposedly become unaffordable if EV sales targets are introduced.

Meanwhile, the Labor Party has announced plans to support the battery metals sector in a statement that seeks to spin the clean energy side of the story, though its approach is more through encouraging the development of a manufacturing, export and investment strategy for batteries themselves.

So who said what?

Back to the electioneering. Morrison’s issue is with the Labor Party’s proposal for a 50 percent EV sales target by 2030 — a variant of a policy that has become more and more popular with jurisdictions around the world as they seek to tackle emissions targets.

“(Labor is) taking the choices away from Australians of what car they are going to drive,” said Morrison, before the election even kicked off.

He accused the party of wanting to “end the weekend” by making popular SUVs and trucks unavailable, saying that is Coalition is not anti-EV, but it opposes Labor’s approach, which he called “mandatory.”

Former Prime Minister Tony Abbott — whose successor Morrison succeeded (it’s complicated) — ran away with the idea that EVs represent zero choice for Australians, saying in a debate that proposals for targets would mean “no Hiluxes, no Taragos, no SUVs, no utes.”

So, there are plenty of hot takes on electric vehicles in Australia at the moment.

Labor’s policy details both carrot and stick approaches to increasing electric vehicle uptake, including government-imposed sales targets for EVs (stick) and tax reductions for businesses that switch to EVs (carrot), alongside regulatory reforms.

Morrison name dropped popular models from Ford (NYSE:F), Toyota (NYSE:TM,TSE:7203), Mazda (OTC Pink:MZDAF,TSE:7261) and Hyundai (OTC Pink:HYMTF,KRX:005380) as “vehicles which will not measure up to Bill Shorten’s vehicles emissions standard, and they’re the vehicles that will be ultimately outlawed.”

Korean carmaker Hyundai did not respond well to being named in the election campaign, warning against “fear-mongering” from politicians and defending its commitment to the electrification of its portfolio with additional EV models available to Australian buyers.

“During the election, we hope the conversation goes away from the fear-mongering and misleading to actual facts,” said Hyundai Australia’s government relations officer, Scott Nargar.

Meanwhile, Toyota piped up to make it clear it isn’t too happy about featuring in Facebook attack ads paid for by the government implying that the Labor Party is going to prevent consumers from buying vehicles like its Hilux truck.

The company added that it plans to offer electric versions of all its models within the next six years — including the Hilux.

The Federal Chamber of Automotive Industries (FCAI) welcomed not just the Labor Party’s policy on EVs, but the fact that EVs are being talked about so much in this election cycle.

“It’s fantastic to see this important topic receive the attention it deserves,” said Tony Weber, chief executive of the FCAI.

“A well thought out introductory plan that includes tariff and tax relief, financial and non-financial incentives and the provision of comprehensive infrastructure will need to be implemented if the targets are to be achieved.”

The Australian Automotive Dealer Association (AADA) said much the same.

“Achieving a target of 50 per cent of new car sales is ambitious and will require a significant improvement in affordability of electric vehicles and related charging infrastructure,” said AADA CEO David Blackhall.

However, Blackhall and the AADA said that emissions standards targets must be aimed at manufacturers, rather than retailers, as envisaged in Labor’s plan, to allow them to balance sales of lower and higher emission vehicles.

“In the US and the EU, it is the manufacturer, not the retailer, that needs to adhere to vehicle emissions standards,” said Blackhall.

Will politicking have an impact on sentiment?

Way upstream from where most of the demand for lithium-ion batteries comes from, the Minerals Council of Australia (MCA) told the Investing News Network that Australia can expect to see higher demand for the country’s critical elements given how well it could cater to the development of advanced consumer products.

“This growing demand will allow Australia’s minerals sector to continue to deliver highly paid, highly skilled jobs and generate export income that benefits households and businesses across the nation,” said a spokesperson for the MCA.

They also said that political discourse is little to be concerned about.

Alternative energy vehicles are very much a part of that, they added.

“The resources sector is making a critical contribution to reducing emissions from passenger vehicles and reducing our reliance on imported liquid fuels.”

Buyers and their choices of vehicles are a long way downstream in the resources industry, but carmakers themselves have been shifting into war footings as they compete for the hearts (and wallets) of buyers the world over, notably making efforts to lock down battery metals supplies and suppliers as demand begins to pick up on a global scale.

One of the biggest shifts in securing battery resources was BMW’s (OTC Pink:BMWYY,ETR:BMW) deal to source cobalt directly from Glencore’s (LSE:GLEN,OTC Pink:GLCNF) Murrin Murrin cobalt mine in Western Australia, as well as from assets in Morocco.

While this is a step away from ethically murky sources in the Democratic Republic of Congo (DRC), in a note released by Benchmark Mineral Intelligence, experts stated that the 5,000 tonnes of cobalt produced by the Australian and Moroccan mines per year is enough to produce 350,000 electric vehicles.

“To put that into perspective, the BMW Group sold approximately 2.5 million vehicles in 2018, of which 140,000 were electrified models,” they said. BMW is, of course, not the only carmaker in the electric vehicle game — so there could be a fight on the cards as noted by Benchmark.

“(BMW’s) actions could potentially initiate the start of a premium market for non-DRC cobalt within the downstream industry. As the limited amount of non-DRC production is locked up in long-term deals by cell manufacturers and auto makers, producers with non-DRC operations will take the opportunity to command higher prices.”

How the US Section 232 Probe Could Impact the Vanadium Market
Zinc Exploration in the Mining-friendly Jurisdiction of Spain
3 Top Canadian Cobalt Stocks of 2020
5 Top Weekly TSXV Stocks: Macarthur Up 67 Percent on Iron Ore Assays